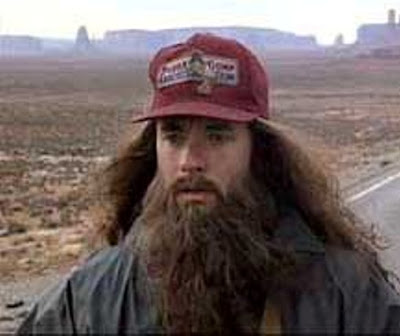 In reality I couldn’t look like Forrest in the above pic because I couldn’t grow a beard on a bet. I once won an award in a mustache contest, it was for most pre-pubescent. I may or may not have had to darken it with mascara. Just sayin. 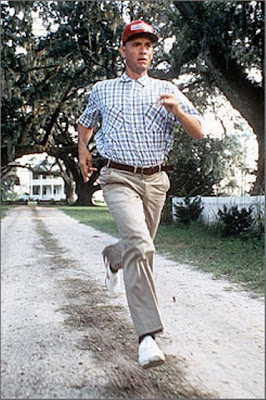 And this would be after not shaving for a few days.

The reason I am prattling on about Forrest running is NOT because I plan on running. I have a firm “Gary doesn’t Run” policy. Yes I feel so strongly about this that I must speak in the third person. Since I plan on doing some cyclocross this fall I may have to figure a way around this policy. Possibly I’ll skip through the dismount sections.

My mileage this year is probably half of what it would normally be at this time. Life has gotten in the way and the schedule is not what one would call consistent. Still riding, but the long ones are few and far between right now. Not whining just the facts.

A few weeks ago I did a century and wrote about it HERE. The wind was redonkulous and it may have had something to do with the fact that it was May and just my first century. I got done and felt like Flat Stanley.

In my addled hypoxic mind I decided at that moment that I needed to do the “Longest Day” ride once again. This is a ride that goes from tip to tip of New Jersey. In reality it starts in Port Jervis New york and goes to Cape May NJ. It starts hilly and ends with ocean head winds for the last 30 or 40 miles.

Seems logical right? Suffer like a dog, and sign up for something to motivate me– slap my butt into gear. Problem is it didn’t. I have been riding the same amount as the rest of the year. Add to that fact that for about two weeks I have felt like this… 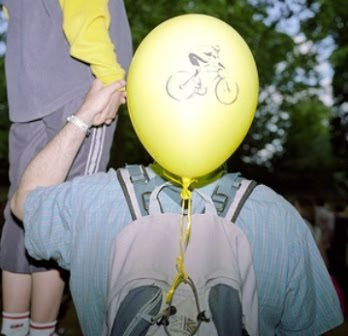 It shouldn’t be that big of a deal it’s only 208 miles in a single day. And it’s this Saturday.

I’m SO screwed! Good thing my Dad will be there for Sag support. Maybe I’ll put a shovel in the Spruck so he can pick me up off the road after I melt.

In the mean-time it’s too late to train for it now. I will continue with my current training program of 12 ounce curls and hanging out occasionally with my friend Jack. You may no him better as Mr. Daniels. He can be formal sometimes.

I am sure I will update from the road, and recap on Monday.

Think I’ll watch this again even though I posted it Friday because it cracks me up.

See… the Hot Dog locks up the surfers bike so the surfer cant take it. Then the Hamburger dances. It’s just Ridiculous.

On Saturday I think my mantra will be “Ride Gary Ride” Good thing it’s only 208 miles.