Wednesday Quote; One Gear, One Country, Many Beers

“We Bring Democracy”  Thomas slagging on the American’s. 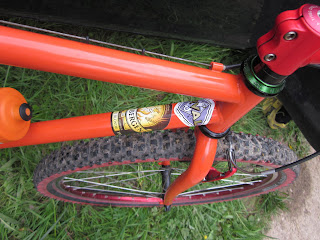 “It’s Ok, Belgian Beer Labels will hold your bike together”  J-Fon the roamer

“I hate the Lefty! I want to punch it in the face”  Spoken rather vehemently by Kerry

Mike – “Wow I thought only Americans were that mean”
Mark “The Brit” “Nope!” 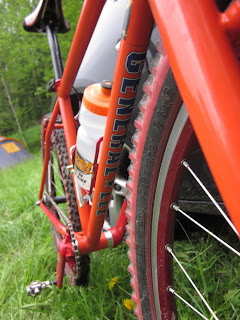 The General Lee and I got packed up and headed to Belgium for a few day’s with the afore mentioned J-Fon and Mike to go race I mean ride in the SSEC 2011, and perpetuate stereotypes of loud boisterous American’s.  For the acronym challenged that is the Single Speed European Championships.

We showed up a day early to camp and the area was deserted aside from our excellent hosts. 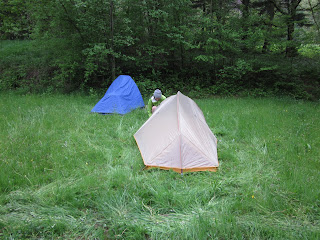 By the end of the weekend it was definitely not deserted. 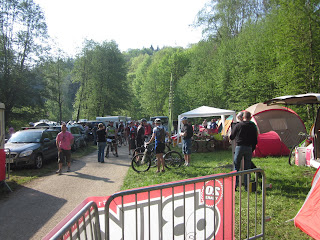 It even filled in more from here, and there were a hundredish people spread out up the hill as well.

The stories are too numerous to post here, but I will continue on Friday.

First off.  The Belgian supermarket has a better selection of world class beer than any distributor I’ve ever been in.  And although the dollar is taking a beating from the Euro the prices were actually reasonable.

This was Beer-Dork Nirvana.  I was digging how every brand has it’s own special glass.  The local’s even traveled with the correct glass for the beer they were partaking in.

Luckily we had the forethought to travel with our own cooler. 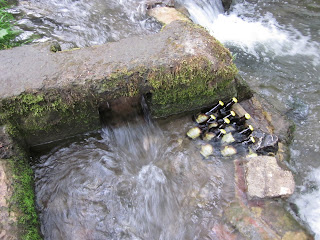 A Proper race recap on Friday since I only seem to be able to write in short sentences and pictures.  Let me just leave you with this teaser of the Seriousness and Respect that we showed on “race” day. 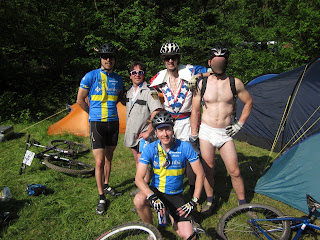 For those of you that are Facebook inclined you can click on the Facebook banner on the left side of the page and I have loaded a bunch of Belgian signs to the Sign photo gallery. I will be adding a SSEC2011 Photo album with a few hundred of my favorite pics from the trip.

I am proud to say that we were successful in riding and perpetuating American stereotypes.  Maybe that is why there are so many pictures of people flipping me the bird?  Thank you to Bruno and all that put the event on.  It was definitely world class shenanigan’s.