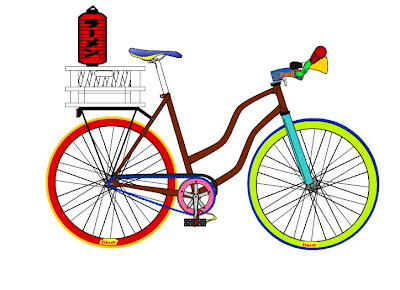 This is supposed to be a bicycle blog so I figured I should post something bicycle related no matter how random. Sweet ride!

“The time to relax is when you don’t have time for it.” Sydney J. Harris

Sometimes we all take ourselves too seriously.

Take a few and do whatever it is that relaxes you!

The Veloramblings are going to take a break for today and we are going to look at some ad’s from the 50’s. This is when women were glamorous…

…..And apparently the men were complete cretins.

So sit back be and be amazed.

The Crack Staff over here at Velorambling (all 1 of us) aims to please and humor. So check out these next few ads. I don’t write them, I just find them, laugh at the absurdity of them, and hope they spread like blerpies. (That is a Stevil patented word and I hope him and his crack staff of 1 don’t sue me for using it)

Read the first couple of lines. Now imagine a guy saying that to a girl. I would imagine that there would be an Arse kickin goin on.

I posted another ad from this series awhile ago HERE. This was one of the most popular ad’s I’ve posted. Men and women alike were appalled and humored by this one. In particular I recall Fawn saying “AHHH It Burns it BURNS!!” She cracks me up.

ScottiDito the Lamb Chop, thought his wife would enjoy it as well. Get well Lambchop. Throwing yourself on the ground is no way to start a race season. 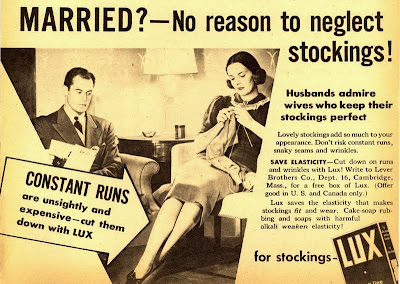 If you ask me– That guy looks more like an axe murderer than an admirer. 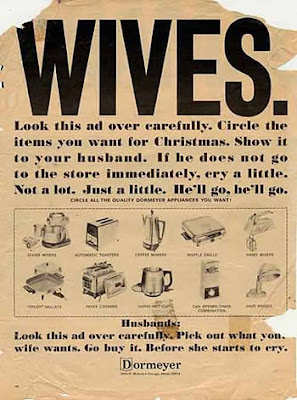 I don’t think the woman in a man’s life would be crying for not getting something off the list, more like cuz he gave her the list to start with.

You really cant make this stuff up. Behold the “Jaw Dropper” 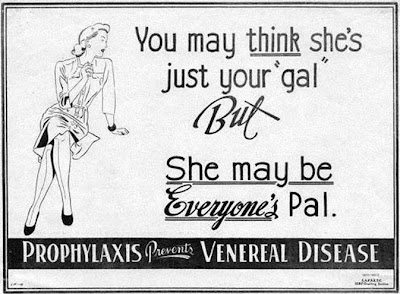 I’ve said it before but REALLY? I just ahhh…… REALLY?

This is how to market an album. Jethro Tull just jumped a few notches in my book. And they were already up there. Ian Anderson playing on one foot, the giant balloon’s at the shows, the back stage passes they gave me when I worked at the Warwick Hotel in Philly, and now this. 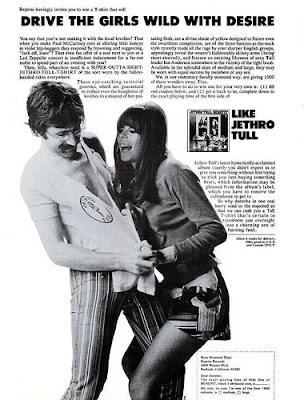 The 50’s were amazing. Can you imagine the onslaught of lawsuits that you would get if you published something like these today. I think even PETA would find an angle to sue you. It would probably be for this ad. 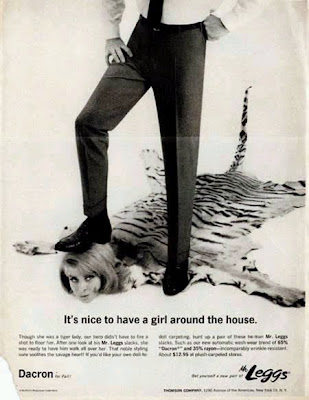 Enough for today. Don’t forget to take your vitamins. 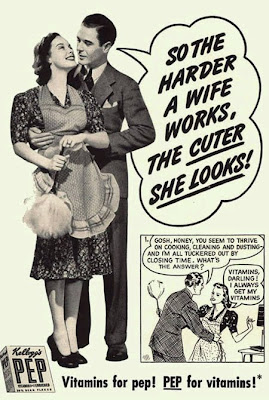