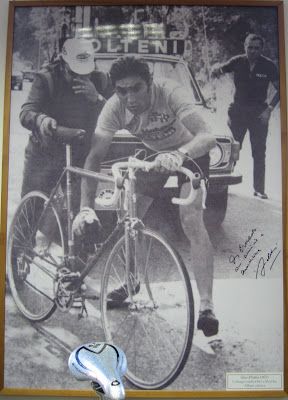 Todays quote was stolen from Eldon. he’s faster than me, but most people are.
His company does some good work in the OKC area.

I understand what Eddy was going for in this quote. Its his version of HTFU.

Being a bicycle manufacturer his views might have changed slightly.

Being a bicycle peddler I would wholeheartedly encourage you to buy upgrades, but first and foremost just ride your bike, A LOT.

These pics were taken at the Colnago factory/museum. That is a story for a different post. 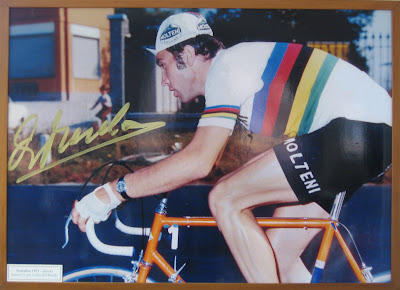 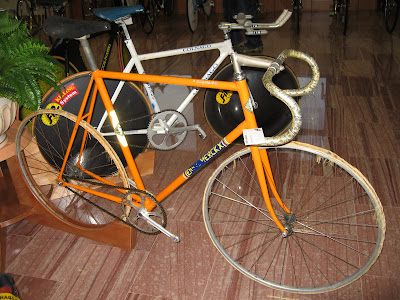 Have a good Wednesday.