This time of year everyone seems to do a top 10 list of one form or another. I figured I’d rate my top 10 rides of 2009.
I took a little time off from the torrid love affair I’ve been having with the twins, Dayquil and Nyquil to jot down some thoughts. Those two can wear you out. 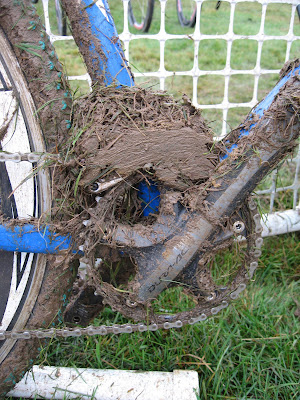 NO! I didn’t race any cyclocross. Cyclocross is intense and hurts. But bicycle racing draws me like a moth to a flame.
I was able to work the pits for several people this season, and I really enjoy that. I’m gonna start name dropping here.
Several times I was able to pit for Kelli Emmett. She always did well and was always grateful. 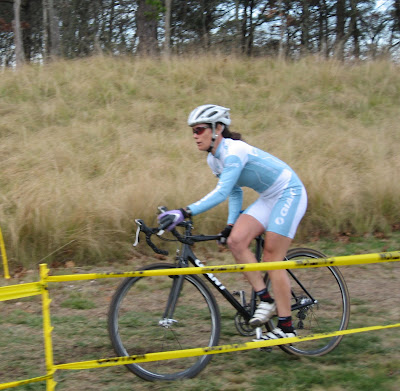 I pitted one race for Yozell, and two back to back weekends for Kelli, Adam Craig and Carl Decker.
I even got to keep score one night at FSX. If my schedule would have allowed it I would have been back more.
All of these people were grateful and fun to be around.
The weekend of the USGP Mercer Cup Justin and I got as muddy as the riders having to bucket wash the bikes at least once a lap. 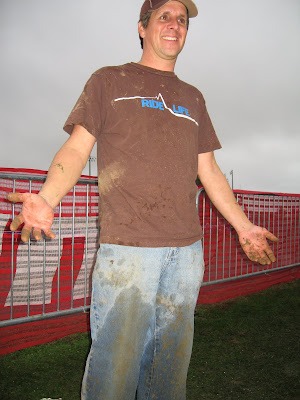 There was beer to be had at every event, Good Beer, good people to talk to and just a level of fun that every cycling event should embrace. 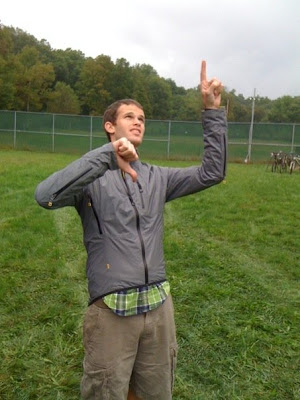 Showing CW the Wiss with a fresh set of eyes was a fun experience. CW is a great guy and asked to ride the Wiss because he’d been in a few times and didn’t know how the trails flowed. Showing someone your local trails and the lines is a blast.
We rode a huge portion of the park. It was like sharing a secret but one that didn’t have to be kept. Everyone around here rides the Wiss and now CW is in on the action. CW lets ride! 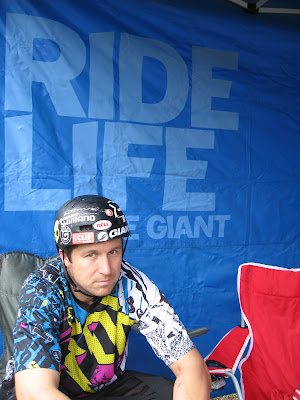 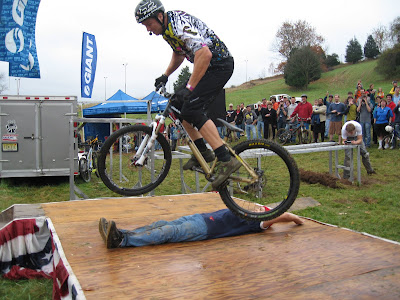 Not the singer with the big booty but the Tall Freeride/Trials rider that rides for Giant. Jeff has done several rides with me and the Giant dealers in the area. He is a blast to ride with and will encourage and persuade everyone on the ride.
You know that one move on your ride that you just can’t clean? The one that everyone eyes up and goes “Yeah Right”? Just point at it and that son of a … rides it. Not only does he ride it he cleans three other lines you never saw. That’s why he’s a pro and I’m not.
Oh and if there is a Jeff Lenosky show anywhere near you, GO and bring everyone you know. It’s worth it. Tell Jeff I sent you and he’ll buy…. well nothing, but go anyway.
Jeff is a genuinely nice guy and really embodies all of the good things about Mountain Biking. Other than that he’s a jerk. Just kidding, I didn’t want to sound like a suck-up. 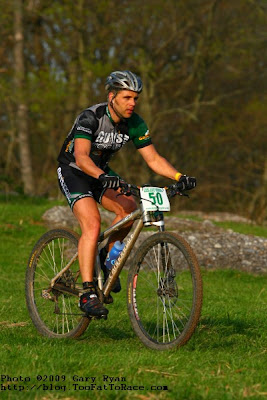 T-Rav and I rode quite a bit last year. I think most of the time it was when he wanted a recovery day because he can slap me around on the bike. We laugh, chat about completely useless Bull@#$%, and say some of the most inappropriate things you’ll ever hear.
Good Times, Good Times.
One Saturday morning we set out to do the covered bridge loop. We didn’t set any records getting to the river or down it, but we eventually made it through the covered bridge and took the right turn to start climbing. We had the usual bitch fest about climbing, how we should turn around, and who picked this @&&$#^%&% route. It was all posturing because we knew damn well that we were going to ride the whole loop and go at the hills at a decent tempo.
I stood to climb and then T-Rav stood to climb and IT happened. It was like someone shot a gun, the sound was loud! As I’m processing the sound T-Rav is falling against me and sliding down me THWACK! straight into the pavement. Someone forgot to check the recall notice on his pedals. Hello T-Rav. He snapped the pedal clean off and it was a good thing he fell into me not the ground.
So T-Rav calls the Pink One and tells her what happened and to come get us, but she is at least 45 minutes away so we start pedaling. At first its down hill no biggie. But then when it flattens out I have to push him while he pedals one legged. Lets just say it looked a bit odd. We were working our way up River Road and we actually passed a guy. We got a respectable distance away and fell the F out. How could we pass a guy, he’s one legged and hurt, I’m pushing him and we passed you???? Eventually the Pink One picked us up and saved our tired butt’s.
Good Times Good Times. 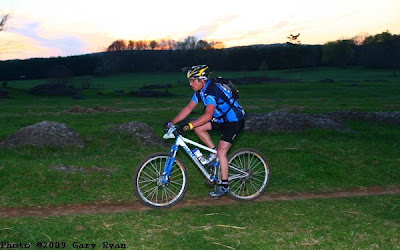 I was carrying some decent fitness from Italia (next post) and was stoked to do the Bakers Dozen, and yes it was a 13 hour race. Just one little problem. A week before the race my back decided to give me problems.
T-Rav, the Pink one and I set up camp with a great group of guys and gals from the Allentown area. The camaraderie is almost more fun than the ride sometimes.
I rode the full 13 hours but in the middle of the ride I had a full fledged meltdown. My left leg gave out and I had to punch and beat it back awake. T-Rav Matt and Dan were riding me and I cursed them more than I think they ever heard. But back on the bike like the mule I am.
Vegan Rob passed me seven times on the way to the win and I managed an 11th. I was ok with that except I lost a bet with T-Rav that cost me a case of Chimay Blue.

Tomorrow is the Wednesday quote. Thursday or Friday I will be back with the top 5. Dont hold your breath, GO RIDE.