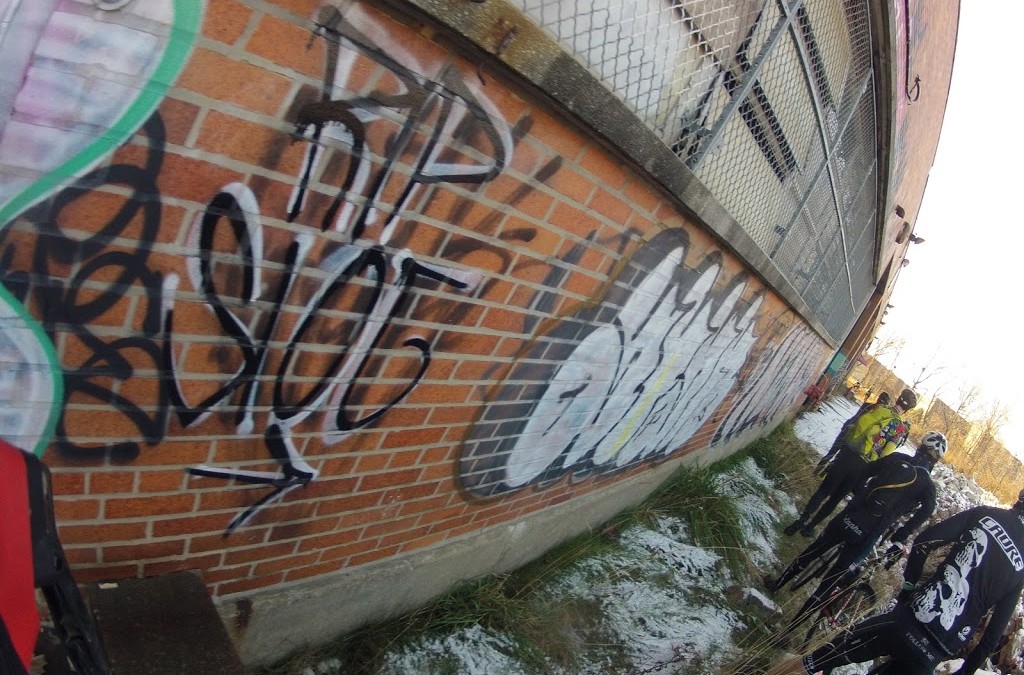 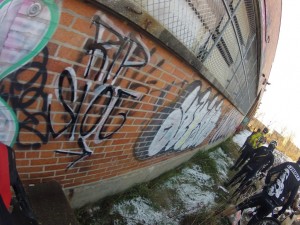 When I was a kid in middle school I couldn’t get enough of riding my bicycle.  My internal clock was wired to get me up early to go to school.  Everyone else in my house was able to sleep in late.

My brother and I had to do chores on the weekend before we could go play.  Mom tells the story of me waking her up with a fresh brewed cup of coffee on her nightstand and asking what my chores were.  She always thought it was so I could get the easiest chores.

That was probably partially what was going on.  The real reason was I wanted to go ride my bike.  All. Day. Long.  Pick up my buddies and ride around town, ride to soccer, ride home, go to the pit and jump, go to Mercer and jump, find new spots.  You get the picture.  Go have fun.  Mike, Karl, Dave, Doug Champy, Bill, Barker, and an ever changing cast of characters probably knew the back allies and woods of Doylestown better than most at that time.

Lone Wolf Cycling‘s Crazy Train was a lot like that.  We assembled early in the parking lot and milled around.  Touching base with friends and being introduced to some new ones.

When we took off it was a lot like I remember childhood.  We chased each other around and wound through the woods and streets exploring.  Jordy and Lone Wolf Jason put together a great route.  It wound through trails and into neighborhoods, trails that may not have been trails, around factories, next to train tracks and ultimately on train tracks.  A few stops for nutrition and possibly a barley pop were thrown in for good measure.

Hats off to them on keeping it fun and adventuresome.  Isn’t that why we ride bicycles?  Does the latest doping scandal in the news affect your ability to have fun on two wheels?  If so you need to ride with friends more.  There is room for the fast folks, the slow folks, the jokers, and every one in between.  One big disfunctional, functional family.

Ultimately my day was cut short by tearing off my derailleur which was not a big deal. 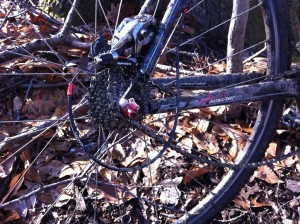 I had a chance to chat with some friends in the woods and have a beer while doing the single speed conversion. 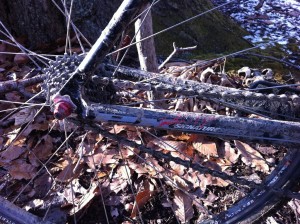 Having the conversion not work wasn’t that big of a deal either. I got to meet Damien (of the broken handlebar) and hang out and wait for Lone Wolf Tim to ferry us back.

Cleaning the bike 2 days later and finding I broke the seat stay on my frame that was kinda a big deal.  I still had a ball and would do it in a heartbeat. Although probably on a SS.

For once I remembered my GoPro and set it on Time Lapse.  One of my favorite captures is at the top.  Here are a few more. 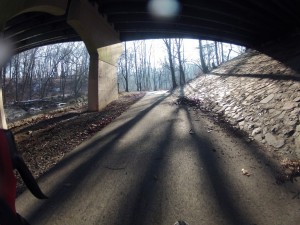 I threw together a time lapse of the day.  It ran until just before I stopped for the day.  You can see the extended stop to attempt a fix towards the end and a very handsome Matt Hagen milling about.
The accompaniment of 9 year old guitar virtuoso Yuto Miyazawa seemed oddly appropriate.
Things haven’t changed too much since middle school.  I still want to go ride my bike all day and goof off with friends.
Thank you Lone Wolf Cyling for keeping it fun.