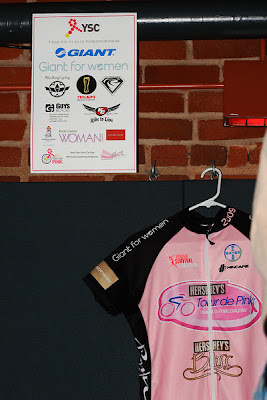 Wednesday night I worked the roller races at Triumph Brewery in New Hope. If you have been reading (and I hope you have) this is a broken record to you.

The new part of this story is that the event is over and it was about 800 pounds of awesome stuffed into an 80 pound bag. That is to say that it was overflowing with awesomeness.

In an earlier version of velorambling I called out Kacey Manderfield with this pic. 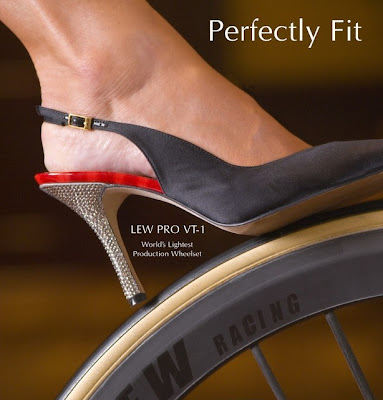 She answered with this. 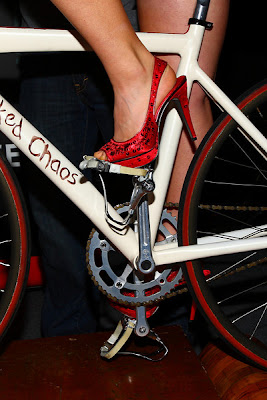 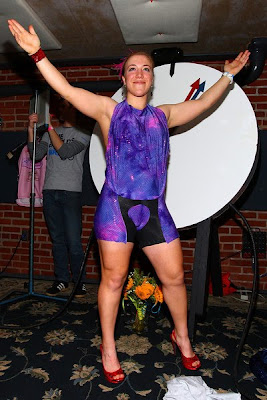 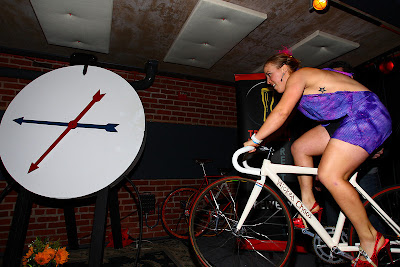 Here is where Kacey took it to the next level. She challenged K.C.

The battle of the the Kacey/K.C.’s was on. 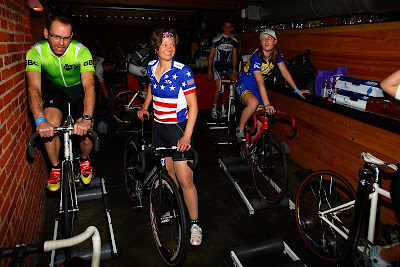 Apparently if you call her out (and it is for a cause she believes in) she transforms into this. 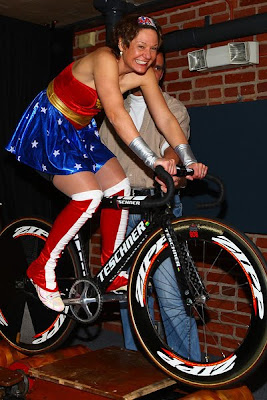 Yes they raced like this. It was an epic battle.

Any time there is costumes involved there is fun.

I threw the challenge down, Kacey picked it up and jammed it down my throat.

The moral of this story is Ms. Manderfield is a competitor, and if your gonna challenge her you better be prepared. Maybe that is why she has the drive to be an international track racer. That and the fact that she isnt afraid to do a round of car-bombs before racing. 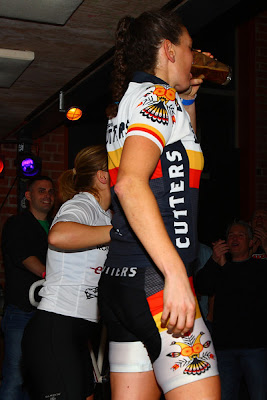 There was plenty of other racing going on besides the Kasey/K.C. battle.

The men were duking it out as well. The announcer really liked Matt D’s bike. 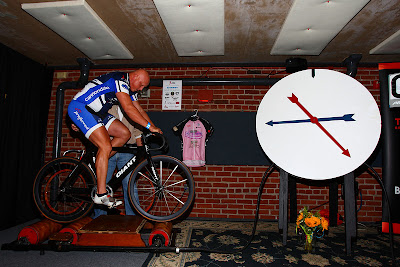 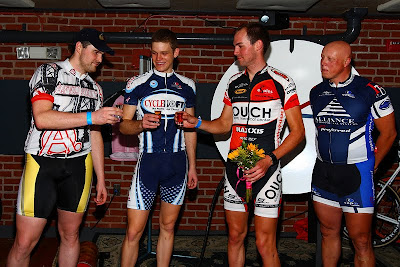 Yeah they had to celebrate.

Now here is where proper credit is due. Since I was other wise occupied and he is a PRO, all of the pic’s in this posting were lifted off of Anthony Skorochod at cyclingcaptured.com.

Lastly but not leastly…. This benefitted the Young Survival Coalition. Check out this organization. They are worth supporting. Watch the video on the home page. 2:17 in is when it really started hitting me hard.

Sunday it’s off to the Handmade Bicycle Show. All bicycles are handmade so maybe this should be called the Artisan Bicycle Show. Regardless I am looking forward to checking out all the eye-candy.

The memory card is empty and the battery is charged so I anticipate a picture heavy post at the beginnig of the week. Check the bottom of the page or if your a big tech dork like me you can check my twitter feed. I will post a bunch of photos there throughout the day.