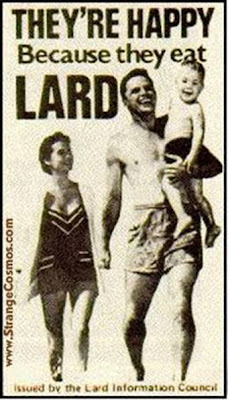 UMMMMM WHAT? The Lard Information Council?

This edition of Classic Pic’s is brought to you because I still have some great pics from the Early 1900’s to share, and it will save me from having to write.

Feast your eyes on these. 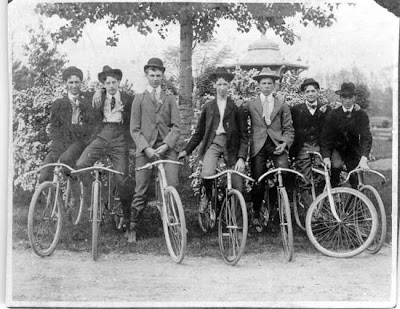 I have this one saved as Cycling Club 1900. Looks like it could have been taken at one of the Tweed Rides 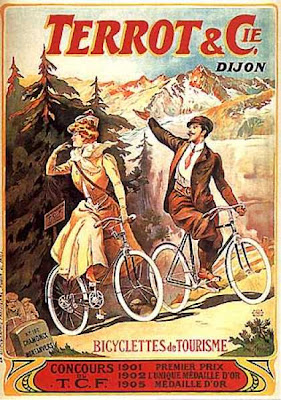 Terrot 1906 These look perfect for touring the French Alps. 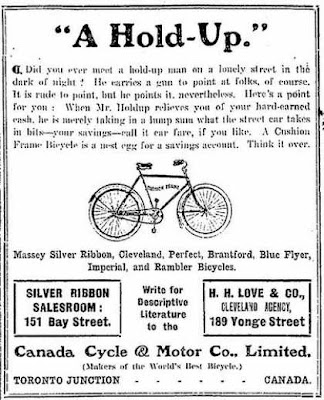 “A Hold Up” 1908 This is some of the most bizarre Ad Copy ever. From a hold up, to car fare, to a nest egg? “It is rude to point, but he points it. nevertheless” 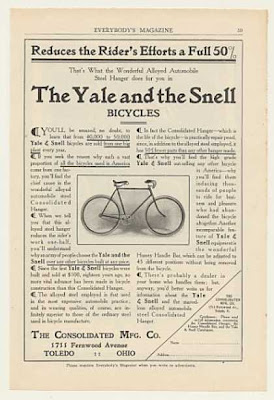 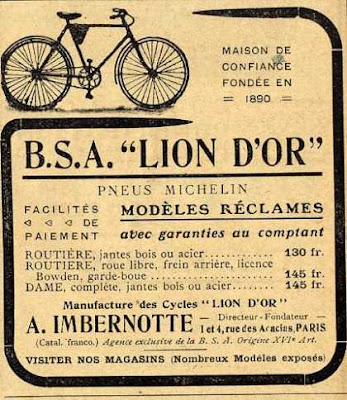 I have this one listed as “Lion D’OR” 1910, but the ad clearly says 1890. It would mess with my chronology to change it so I am running with the 1910 date.
Very cool that it states that it has “Pneus Michelin” Pneumatic Michelin tires from the 1890’s, COOL.

Now the Final thought for the day. Cyclists are always obsessing over their weight. I watched a pro take third at the Philly Race 156 miles, in 6 hours and then push his plate away at dinner only half eaten.

He was watching his weight.

What? You just rode 156 miles in 6 hours? Can’t you eat whatever you want? I guess thats why I’m not rail thin, and why he went on to win a stage in the Tour de Suisse two weeks later.

Well your dieting is OVER just follow this simple plan 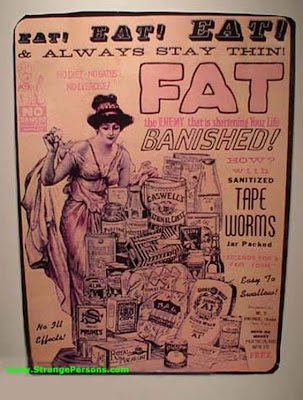 As the Ad says No Diet No Baths No Exercise.

Sweet, I can be skinny, smelly and out of shape. My prayers have been answered.

Until Wednesday, which is tomorrow. Dang, how did it get so late?