It seems a little (Two plus feet) of snow cant keep some of the fine folks in the North East from riding.  Or as it turns out from attempting to ride.  Chris ended up carrying his bike through the Wissahickon.  But he and some fine folks got in a nice snow hike.

Fatmarc, T-Rav and many other fine folks went down to the farm in Leesburg to race Snotcycle. If you read up on Fatmarc‘s account of the race it turned out to be not much of a race.  Sounded like a good excuse to drink beer though.  As T-Rav put it “Average beer gets better with good people”    Let’s face it the socializing is often as good (sometimes better) than the riding.

Saturday it was lightly snowing through the afternoon but still hovering around 30 degrees.  I took the opportunity to grab a quick road ride. The Cyclocross bike was the correct tool for the job since there was still some snow on the road and drifted in places. 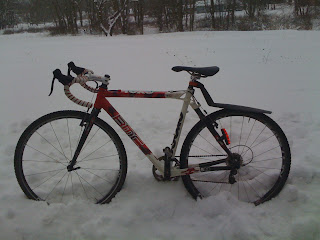 It was great and sure beat the rollers.  Friday Evening I started out to do an hour on the rollers.  I only made it half an hour and got off three times.  NOT feeling it.

I’d rather be bundled like this….. Then ride nowhere on aluminum drums. 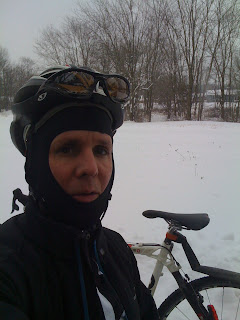 Plus I get to see cool stuff like this. 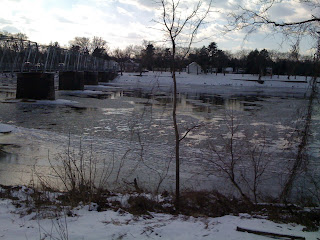 And to take a complete 270 degree turn I figured I would share this gem before I sign off. 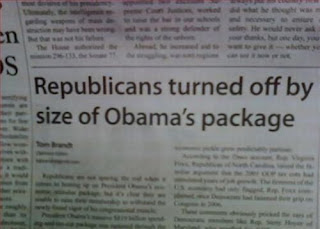 My thirteen year old sense of humor at work.