As I was catching up on some interweb browsing I checked in on Mr. Strickland over at Bicycling Magazine.  The crew up thatta way is good and they are a great group to hang and ride with.  The love for the velo is in abundance in the Emmaus crew.  I read a few posts to catch up and THIS ONE really struck a chord with me.  This readers digest version of life strikes a chord with me and I would venture to guess many of you.  Simple, clean, well written. Thank goodness there are talented people like him to be able to express what the Luddite’s like myself cant. 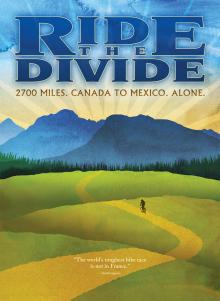 Mike is out on an ambitious 10 day tour to promote his film Ride the Divide.  If you are going to be in any of these places I highly recommend going.  If enough people see the movie then more people will be inspired and Mr Dion will be able to light his fine Cuban cigars with Twenty dollar bills.  ( I made that last part up)

Since I have been on a kick to spread the word of following your passion I felt compelled to share this clip that my buddy Clay from Velosoul shared on that fancy $50 Billion interweb meeting place… Facebook.

This guy dances so unbridled and free others feel compelled to join him.. Sure he is quite possibly under the influence of hallucinogens and the first few people to join him are probably mocking him.  That doesnt stop the rest of the people recognizing a good time when they see it.

That clip led me to this one.  This lone penguin launches one of the most famous penguin dance scenes in history.

Dick Van Dyke was so moved he pulled down his pants and broke out with this one.

Funny how the penguins will dance with Mr. Van Dyke but leave that poor guy to dance all by himself.

Last post I spoke of my friend Russ Okawa passing away.  The comments section confirmed that Russ did indeed help guide John Tomac into the ranks of BMX and eventually dominating every aspect of Bicycle Racing.  I still think of this whenever I think of what I thought was the pinnacle of cool “Back in the Day”.

Hand’s Down John Tomac gets my vote for Favorite Mountain Biker.  And Russ gets my vote for someone who had some of the most passion that was in the industry.  it wasn’t overflowing and flowery. It was in his words and actions.  Here are a few fitting tributes to Russ.
Bicycle Retailer

Now go out and ride your bike with the joy of a lone penguin or a hallucinating music festival goer.  That is all.