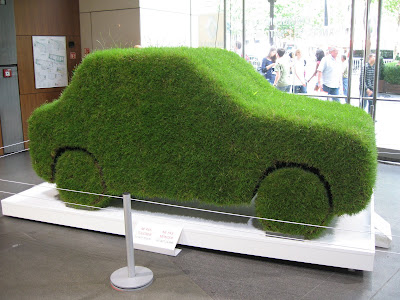 I found the new “Brand Ambassador” mobile. It runs on compost and chlorophyll.

When we last parted ways the entire staff of Velorambling INC. was arriving in Paris. I left with a picture of the Eiffel Tower for dramatic effect but in reality the arrival looked more like this. From the train station we did see the Eiffel Tower and more on the way to the hotel. 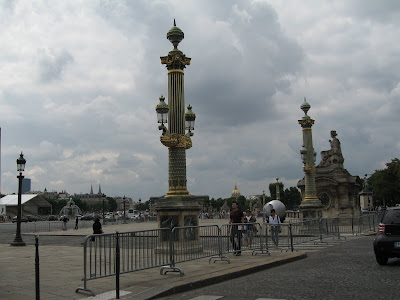 Note the barricades in place for the Tour finale. This is the final right hand turn the peloton takes onto the Champs Elysses 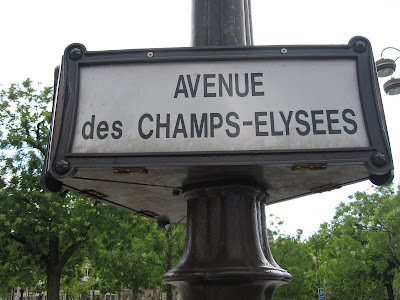 Speaking of the Champs… 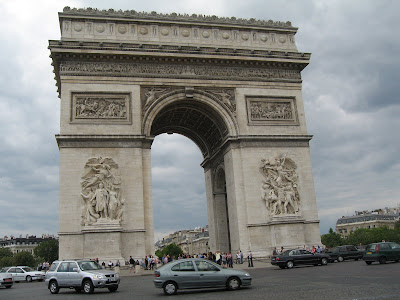 After we were checked in and got situated a few of us went on a walk through Paris. We started up the Champs and turned at the Arc de Triomphe. 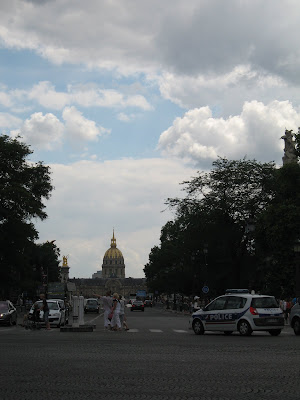 We saw lots of cool stuff 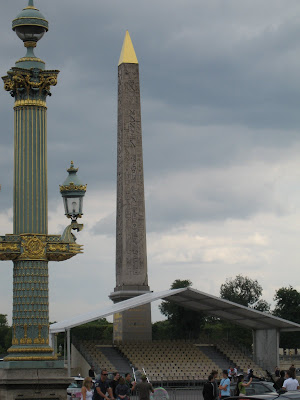 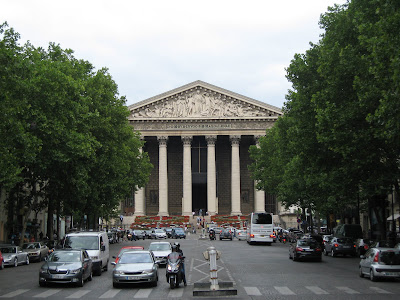 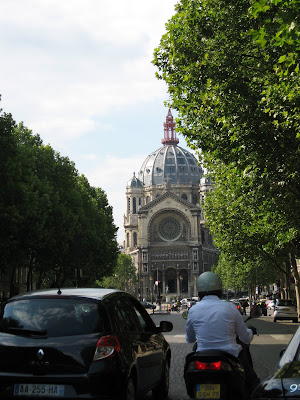 All of this walking required nourishment so…. 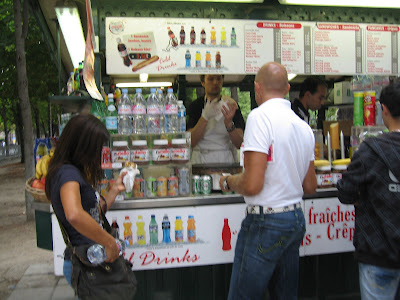 A stop at the Creperie was in order. The two skinniest people dive in. 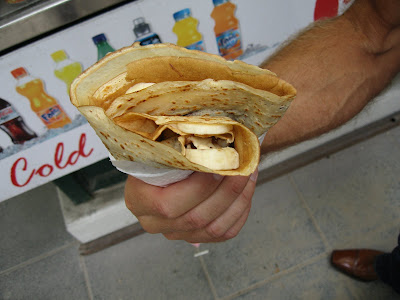 Nutella and banana was the Crepe du jour. 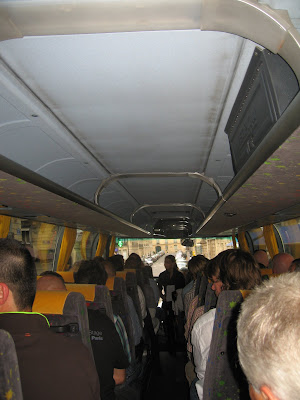 Later that evening we all piled in to the bus and headed to Mont Martre. 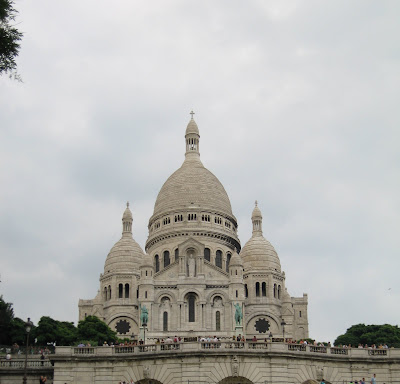 This was the backdrop for our four course French Meal. Meaning we had to walk up the steps to it and go around to the neighborhood behind it. We didn’t eat outside but in a VERY nice restaraunt where I promptly forgot to take out my camera and began to eat and imbibe. 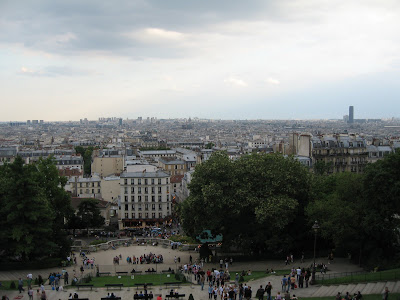 View from the top out over the city.

There were people everywhere. Lounging, Drinking, Kissing, Carrying on, and there were street performers. 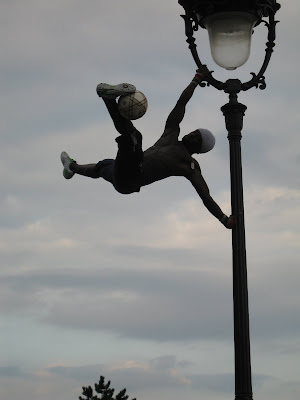 In my opinion this guy was the most impressive. He stood on an elevated concrete pad and juggled the “Futbol” with his feet for quite awhile. He was very good, and THEN he did the “pole dance”. He climbed that thing all while juggling the ball with his feet. 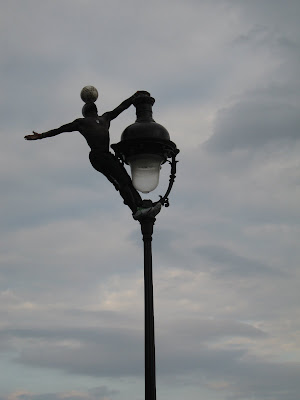 What was almost as equally impressive was that no-one bothered him about it. In the U.S of A the authorities would not take kindly to climbing like that. 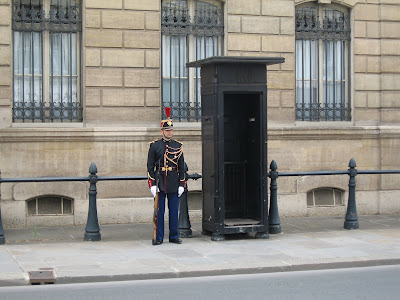 Some of the French Gendarmes don’t look like they can take much of a joke either. 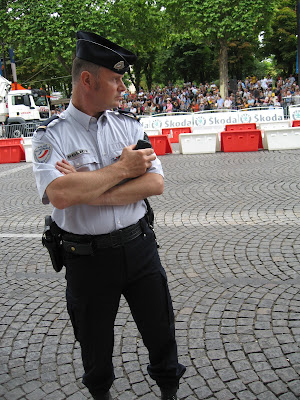 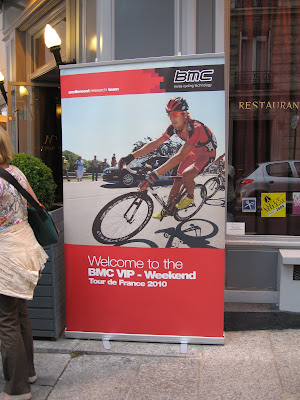 I did manage to fire off one last picture before going in to dinner.

This has gone on for far too long so I am gonna hold off on the Grand Finale until Monday. Then we will look at a few tourist pic’s from the Eiffel tower and The Race Pic’s. 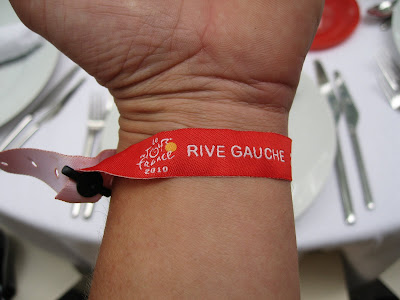 Now for all of you readers who are’nt from the fine Keystone State of Pennsyltucky here is a glimpse into how we do it.