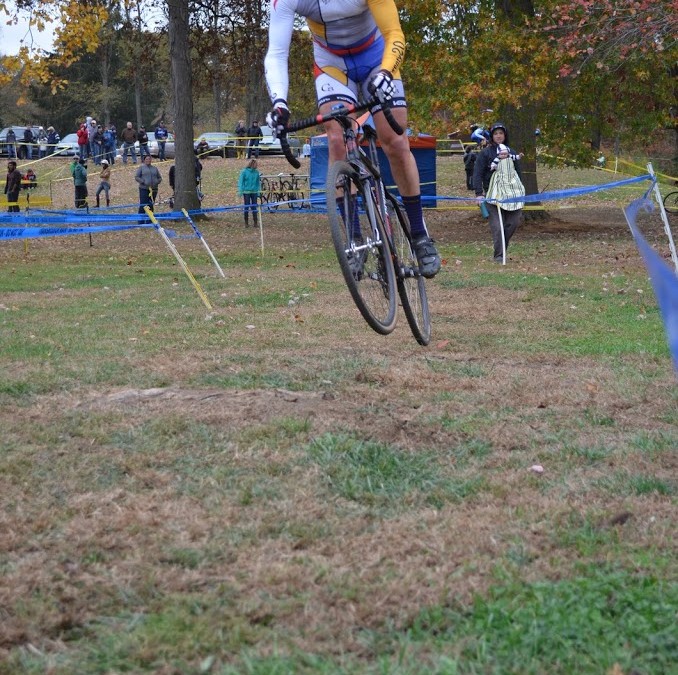 I am not much on race reports.  That is race reports of me racing, oddly enough I enjoy reading others exploits.  I have been racing and riding quite a bit though.  As with any season some good results, some not so much.

Halloween weekend I had my best result of the year at Independence cross (Previously known as Beacon).  The next day at Highland Park…. not so much.  The LRHG and I went to a halloween party Saturday night. She was the cutest bat you probably have ever seen and I was a Ceiling Fan.

Knowing that I was racing the next day I was pretty good and didn’t indulge too much.  I got a good warm up and even had a decent starting position.  I held that position until after the barriers and then started going backwards.

Long story short.  I think I forgot to check the pressure in my tires.  The rear tire was so low I thought I was going to crash.  Of course I left my spare wheels in the truck so the LRHG ran all the way to get them and bring them to the pit.  I was at the back of the race by then.  That is when I started to look for jumps.

Apparently I landed a bit heavy after jumping as well.  My spare tire looked like this. 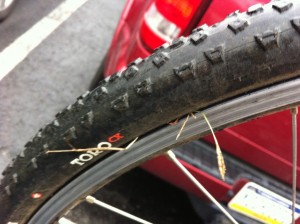 At least I didn’t roll it off the rim.

We were going to leave pretty quick after the race since Sandy was moving in quick.  (Insert Sandy joke here)  That changed when I ran into Adam Craig. He had driven down from Maine to try to grab some UCI points. I know Adam from my years at Giant and he is a really down to earth guy.  I also have worked several cyclocross pits for him.

When we were talking I found out that he was having his cousin pit for him.  She was nice and willing to do it but had never been to a bicycle race in her life and had no idea how to pit.  In typical Adam fashion he basically told her to go to the pit and hold a bike.

I offered to work it for her and she agreed rather quickly.  So the LRHG and her went to check out the race.  LRHG took most of the pictures you see.  I jammed all my stuff in pockets, grabbed his spare bike and wheels and headed to the pits.

Adam was the only elite ridder who raced in costume.  He also won.  Coincidence?  I think not.   He said he stopped at the CVS and grabbed a costume because….. It was Halloween. 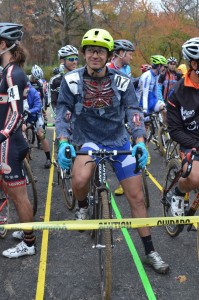 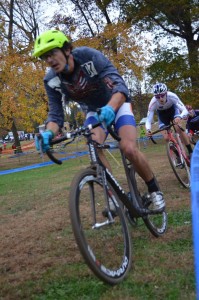 Adam was also the only Elite racer bunny hopping the barriers.  One time he lost the lead doing it and another time he maintained his position.  Most times he ran them, but Joe Sailing was going nuts about it.  He wondered aloud every time if he would bunny hop them again.

With about two laps to go the lead group came through the pit area and Adam was in second place.  I hollered at him and said “Come on Adam! I will give you a quarter if you win!”  He looked at me smiled and shook his head.  To which I responded “A shiny quarter”  He said something unintelligible to me and rode off.  It was probably telling me to pound sand or something meaner.

He must have really wanted that quarter because he won.

Not wanting to be someone to welch on a heckle I had to make good on my offer.  Even if I did have to get the quarter from someone else. 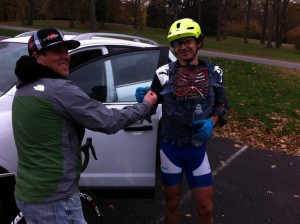 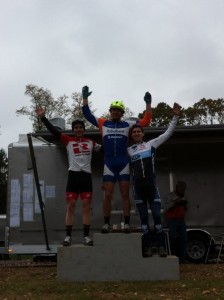 After the podium we hauled butt out of there to batton down the hatches and prepare for Sandy (Insert Sandy joke here).  Also known as having a glass or two of Prosecco followed by a nice beer and playing Phase 10 with a beautiful woman.  Yes I live a charmed life. 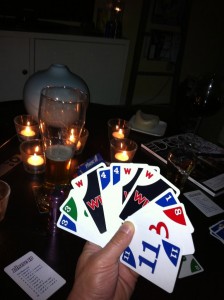 How do you think Adam got that nick name?