Yes I took an extended break from the blog.  I didn’t forget about it.  Hell, I still think in Blog updates.  The truth is I am busy.  Busy at work, starting my own rep business and busy having a life.  A damn good life.

Here is a brief narcissistic recap of my goings on.  It even contains pictures if those pesky words get in the way.

I have been racing my cross bike like crazy.  I raced a full season, 17 races.  Started the season mid pack in the C races and worked my way up to front.  Ended the season with a top 10 (at a MAC race) some top teens and top twenty’s.  So I decided to upgrade.

Raced the Capital Classic in 35+ B’s and finished 61 out of 85 finishers, then final MAC race of the season. I fought HARD to not finish DFL.  As the LRHG say’s I may have to start training.  The B’s next year, and possibly the year after 45+.

Racing cross can lead to many wonderful things, such as finally experiencing the Frying Dutchman in Kutztown PA.  Think donut shop, now throw that thought out the window.  These donuts don’t sit in the case waiting for you.  They make them fresh and top them as you wish.  Hot donuts = Yum.  These two were Chocolate Banana, and Maple Sugar French Toast.
We ended up in Newport Rhode Island for a long weekend. Check out the amazing sunset over the Naragansett bay at the top of the post.  It was so good the locals came out and took pictures.  The star’s aligned and BAM we were in Newport.  I had no idea the place was so cool.  It was where the UBER rich summered at the turn of the 1900’s.  I would recommend going, and if you do park your vehicle and ride your bikes everywhere. 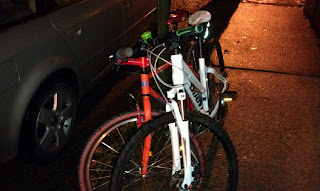 Possibly even stop at the Spiced Pear and have a “French Connection” Seriously if you don’t know you should.

Somewhere in the middle of this whirlwind I got talked into doing my first 5K in Washington DC.  Don’t get crazy, I walked it with my youngest.  For the record we passed 137 people.  Yes even in walking we had to be competitive, or more to the point ridiculous.  My eldest ran it with the LRHG.  We did it for the Chocolate at the end.

To really make things bizarro in the running world, I went to Austin Texas for a running trade show.  Austin is everything it is cracked up to be.  A cool town and to stop the impression that I may run I went riding. I met some great people at Single Speed European Championships this spring in Belgium.  Kerry (pictured in the link) and Donovan offered to take me out mountain biking.  Being the cordial person that I am I readily accepted.
Donovan has a legit collection of Old Skool BMX stuff that I got to check out before we rode. 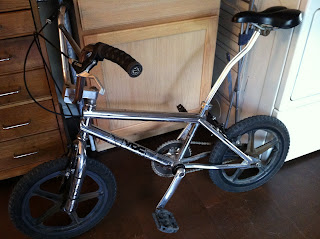 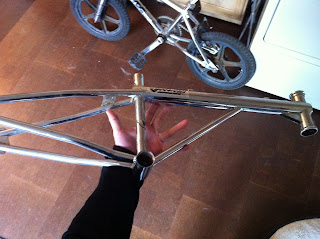 They took me to City Park in Austin and it was so good that I already know I will be back to ride for several day’s.  Being from the root rocky east coast when people tell me trails are technical I am a bit skeptical.  these trails lived up to the term “technical” and then some.
Donovan lent me this sweet rig. 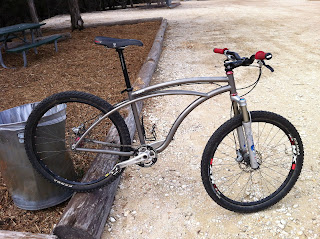 I wanted to take the bike home with me but didn’t want Donovan to beat me up so I didn’t, but man that is a sweet ride.  It handled as good as it looks.
That wraps up my catch up.
Until next time kick back with a Legend. 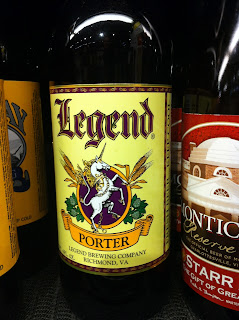