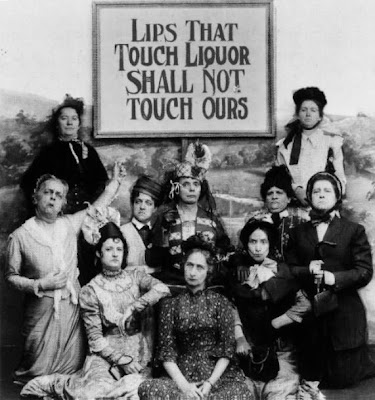 Now if this isn’t a reason to drink I dont think I’ve ever seen one.

I didn’t post on Friday. It was time for some hard work and much needed “Behind Bars” time.

The weatherman called for a crappy cold day on Saturday. I am glad I didn’t listen to him and went for a nice ride. I’m thinking I would like a job as a weatherman.

As an added bonus, I could wear a bow-tie and girls would flock to me just like good old “Hurricane Schwartz” I guess a tie does have an upside. The ride on Saturday was a great temperature and I really enjoy the Spring days. The green is coming back to the plants and the landscape is so open that you can see things that are hidden in the vegetation of summer. The early season lack of fitness also allows me to take in the sights more than the in season lack of fitness does. 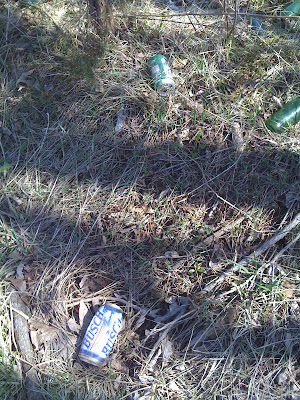 I have always seen a large amount of beer bottles and cans on the side of the roads. While I do not condone drinking and driving, or littering I can understand why the bottles and cans are there. Obviously it is illegal to drink and drive, so people need to get rid of the evidence. They dont want the bottles “evidence” rolling around and spilling in the car. 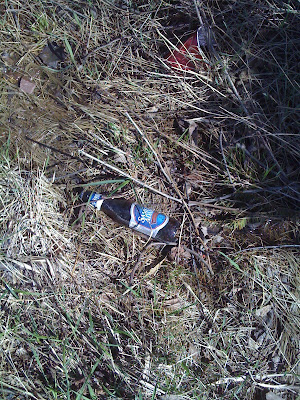 The disturbing part is that the people drinking and driving want to be on the same roads as cyclists. The roads are less traveled and good for riding, this would make it easier to tilt the can back and not get spotted by passing drivers. Cyclists have a tough enough time with motorists. Dodging inebriated drivers on bucolic backroads is just another. 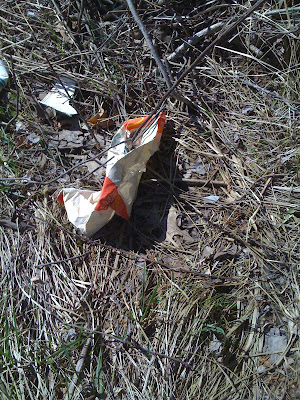 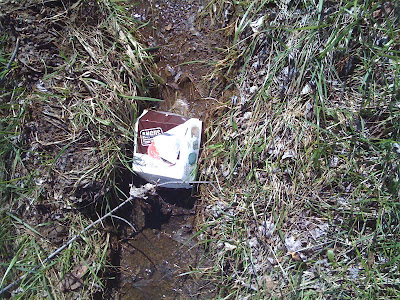 Heres my thought– The Fast-Food trash is very similar to the Beer trash. It is evidence. It could be that people don’t want others to know that they eat Fast-Food.

People could also be eating full meals on the sly. I can picture a person who is being forced to diet stopping for a meal on the way home. They pull into the drivethru and order a value meal. On the way home they turn onto the backroads and eat several hundred possibly thousands of calories. In order to avoid detection they throw the bag and all of the evidence out the window, probably keeping the window open to avoid smelling like those tasty fries. 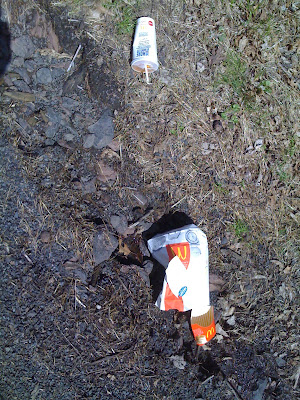 This person gets home, opens the door and says “Hi Honey I’m home, whats for dinner?” At this point they eat another healthier dinner.

Maybe I think too much when riding but, these are the thoughts that go through my head. It’s scary in there, thats why I only let little bit’s and piece’s out at a time.