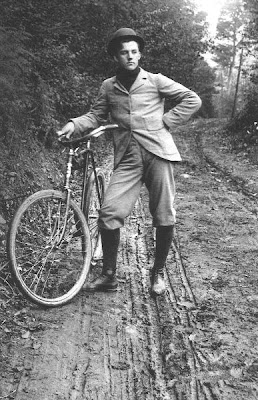 Road Racing season has not officially kicked off yet so the interweb has to buzz about something. Lately this something has been the announcement of the 2010 team kits. They run the gamut from cool, to boring, to what were they thinking?

Team Cervelo kits are pretty cool. Classic, not going out on a limb, and away from the all white. Let’s face it, pacelining behind a white kit can be pretty bad unless it is an exceptional tush. This pic is from cervelo.com 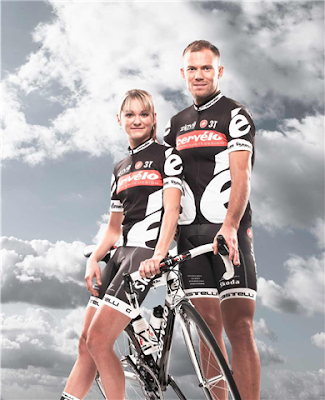 Team Sky kits are a tad dull but are growing on me. The simplicity is nice. Having the massive funding has kept the kit free from clutter. That said, I know a few 10 year olds that could have designed it. This pic is from teamsky.com 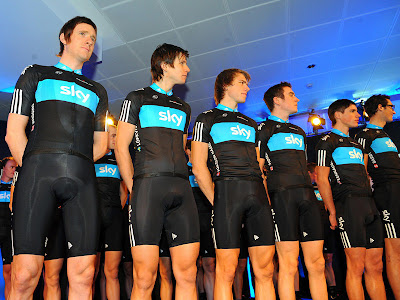 Even better than they’re kits are the team Jaguars. 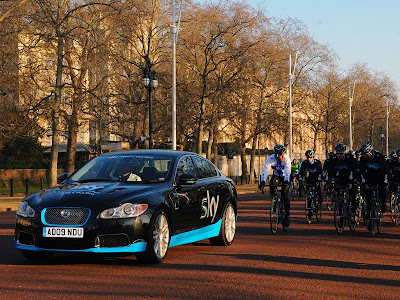 Team Quick Step’s new kits are retro cool. The team almost wasn’t allowed to start the 09 Tour of Flanders when they showed up in them. However they were received so well they decided to use them for 2010. Plus now Boonen gets to show of his Belgian National Championship Jersey. This pic from qsi-cycling.com 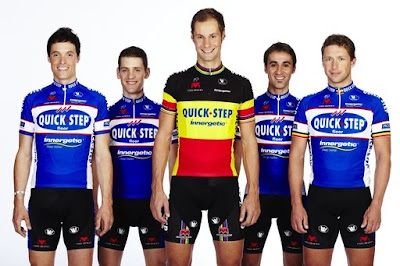 Team RadioShack. The Shack kit is OK. The bike has more RadioShack logos than a Saeco era Cannondale, but still pretty cool. I’m going to reserve judgment on this kit until I can lay eyeballs on the whole shebang. This pic is from teamradioshack.us 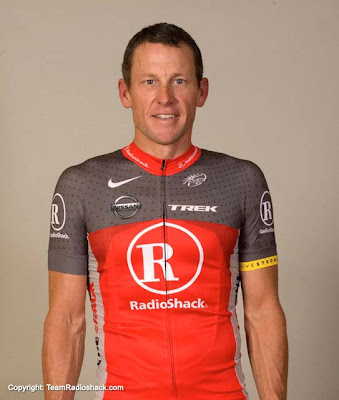 Team BMC. All I could find was this pic of George’s National Championship Kit. No new pic’s have been released of the team version yet. I saw one of Cadel’s World Champion Kit but I have wasted as much time as I care to on Google looking for it. They did a good job with George’s kit. So there is hope. This pic is from twitter.com/hincapiesports 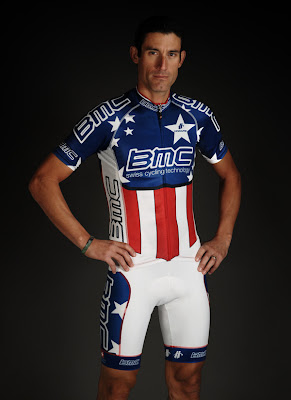 Team Katusha. Let’s just say a picture says a thousand words, so I will let the photo speak for itself. I will say, This pic is from katushateam.com

Team Astana. This kit is uninspired. Not much different than last years. I understand that it’s a take on the Kazakhstan flag but… This pic is from ahhh I cant tell 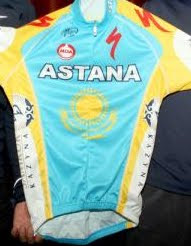 Team Footon-Servetto. I saved the worst for last. I can tell you that this was designed by Basque artist Dario Urzay. I can also say WHY WHY WHY? These pic’s are from biciciclismo.com 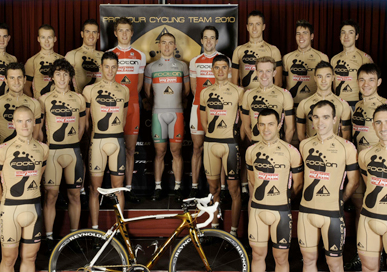