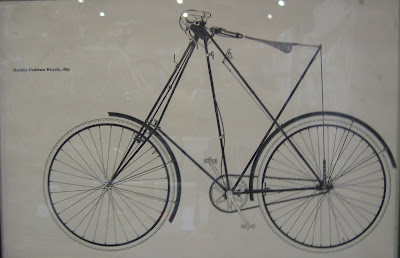 Saw this on the wall of one of the booths.

Last weekend the boys from Bicycle Pro and I went down to Richmond Va to check out the NAHBS. North American Handmade Bicycle Show. Now this is a bit of a misnomer because as I understand it ALL bicycles are made by hand. The difference being the scale of production. There is a great article on Bicycling.com about how Giant builds their carbon bicycles, by hand. Check it out here.

That being said I HEART custom bikes and got my break in this industry from a custom framebuilder who believed in me. So we made the trek down the night before and stayed in some high class accomodations. You know its high class when they like the art work so much that they use it on two separate walls in the same room. 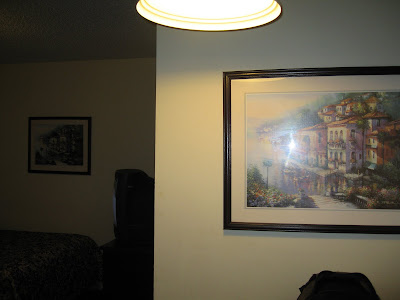 The room was obviously a smoking room because it STUNK. BAD! We were too lazy and tired to go change it. We should have. Everything we had stunk, and I think I’m showing signs of multiple illnesses now.

The room was made even more awesome because CW and Luke shared a bed. They said it was all good but I had visions of Steve Martin and John Candy. “That wasn’t a PILLOW” I have a few pics but I’ll spare them. Thankfully Fred passed on snuggling up with me and claimed he likes sleeping on the floor.

In order to kill the smell of the luxury accomodations, and jump start our path to sure fire clogged arteries we did what any self loathing person does in the south and headed right to. 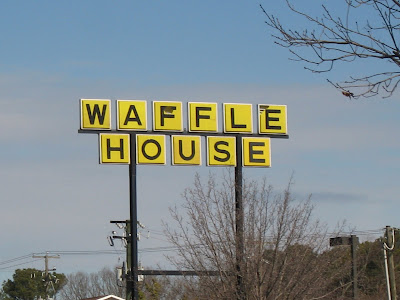 After Waffle House it was GAME ON!

Now I have to give a disclaimer to this picture intensive update. I am NOT a photographer, and I am using a five year old Canon point and shoot. Someday when the guys from TV Guide give me tons of money for my website like they did for jumptheshark.com I’ll buy a sweet camera. Until then this is what I got. And yes there are people in almost every shot.

Upon entering the show the first thing we saw was this. 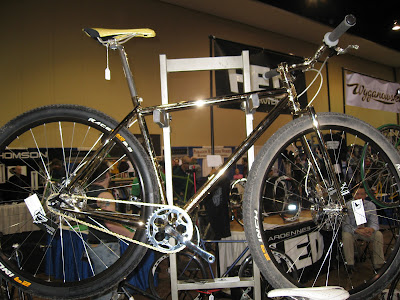 We were informed by the eccentric owner of Peacock Groove Cycles that yes it was 24 Carat gold. There were some cool details and internal routing galore. I wish my picture of the Irish themed “Shamrocks and Shenanigans” turned out. It was quite fetching. They also have some very nice looking dropouts. My camera didnt want you to see them but you can check out their site and scope em out there. 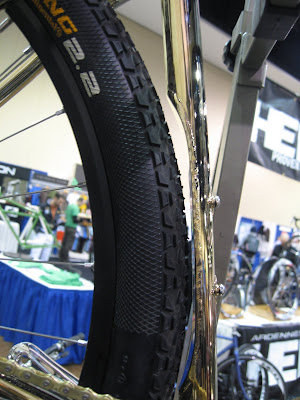 There’s more then one way to get tire clearance and short chainstays on a 29er. 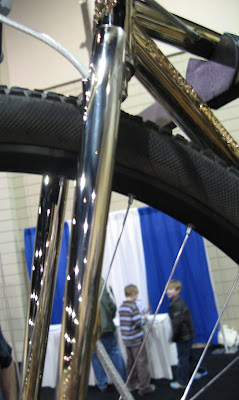 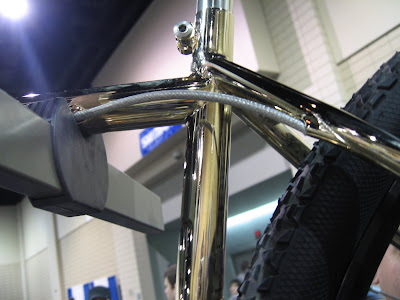 The rear hydraulic cable went throught the top tube into the rear seatstay and out again at the rear brake. It was slick.

Next I saw what I had driven five hours to see and beelined it straight over. It is a good thing there were no little old ladies or cub scouts in the way I’d have flattened them. 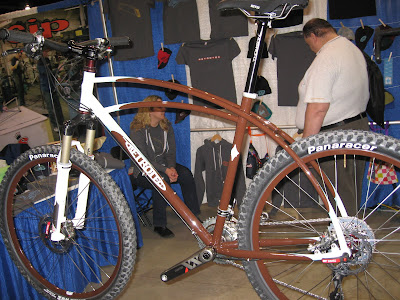 Curtis Inglis is the mind, hands, and MAN that is Retrotec and Inglis Cycles. I have one of Retrotecs original brochures buried in the archives. Someday I will dig it out, scan it and post in all it’s glory. I am not going to wait for that TV guide money to own a Retrotec. 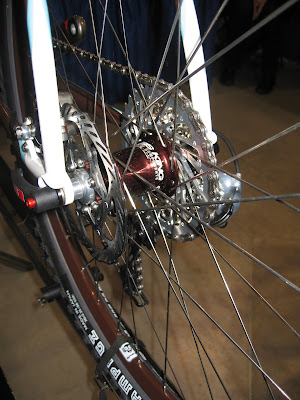 The Chocolate Brown Chris King hubs and Headset look like they were made for this bike.

This has nice curves.

I was impressed by this bike built by Yipsan Cycles. It won best city bike of the show. It is Gorgeous and has some really nice details. 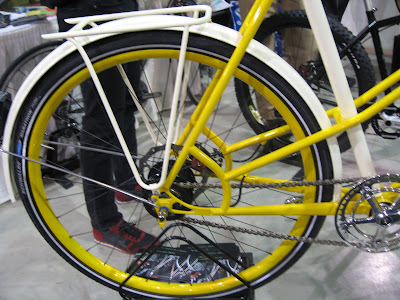 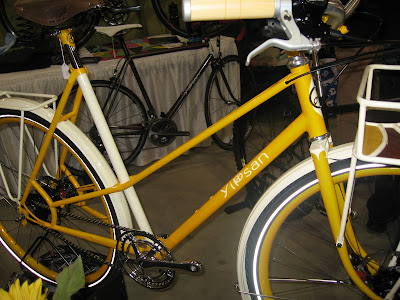 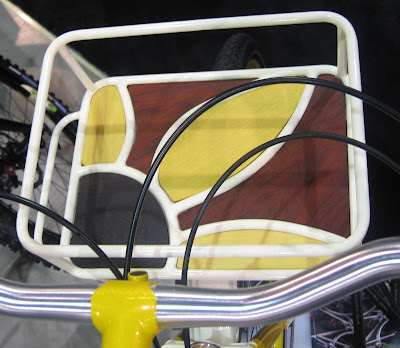 Closer look at the basket. This would make the time “Behind Bars” very cheery. 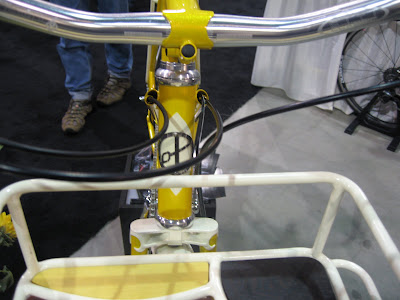 Check out this Internal cable routing.

I found out how I am going to keep up with CW this year. I just have to get him this sweet ride. 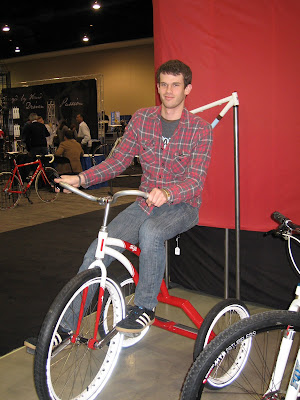 When we were leaving I saw this guy. 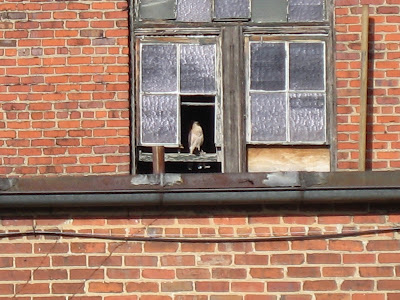 I think he was Richmond’s way of saying, GO HOME! So we packed up the Soccer-mom mobile and were off on the five hour journey home.