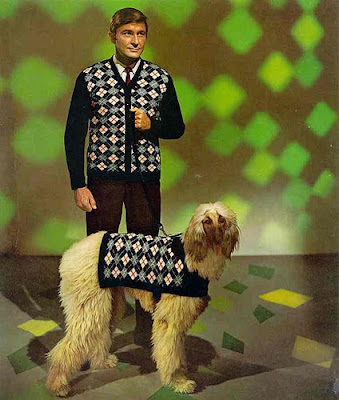 I’d be cooler than a Hot Dog on a Stick! 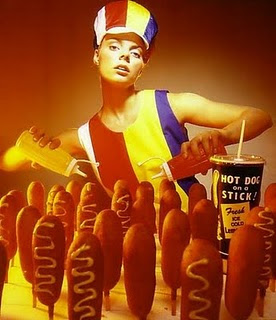 I mean Hot Dog on a Stick is pretty cool, but my vote goes to dog and matching sweater guy.

Alright lets get this rambling rolling.

First up is Llewellyn Bikes out of the “Land Down Under” Mr. Llewellyn builds a beautiful bicycle. His attention to detail is admirable. I wish I had a picture of this particular frame in its entirety that was fit to publish.

When Freddie saw this frame his head “Purt Near” popped clean off his neck. We had to pry him away. Look at a few of these detail’s and realize they dont even convey how sweet this frame is. Then you might understand. 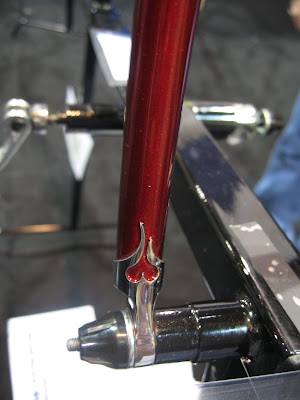 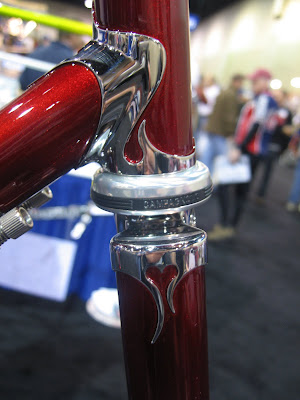 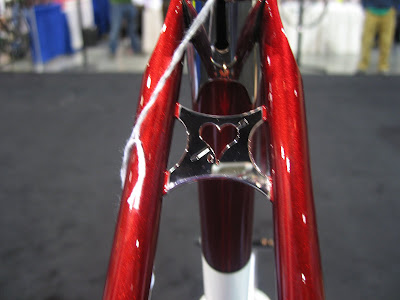 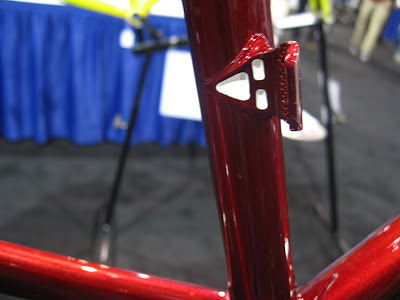 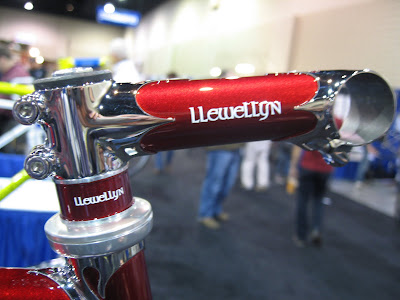 That fine chrome isn’t chrome at all. Read the sign. 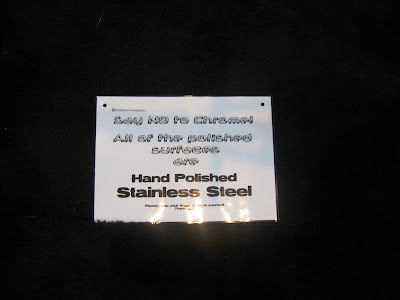 Walking the Aisle I saw this. Yeah Baby Yeah! 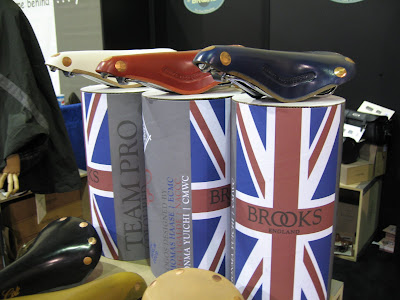 How about these bikes from Black Sheep Bikes.

Cool Lines, curvy, if only I had better pics. 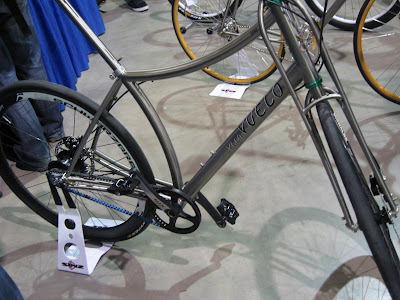 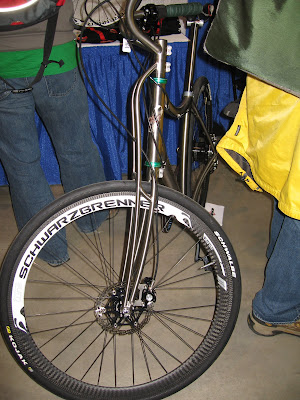 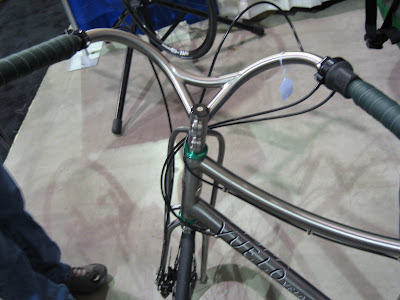 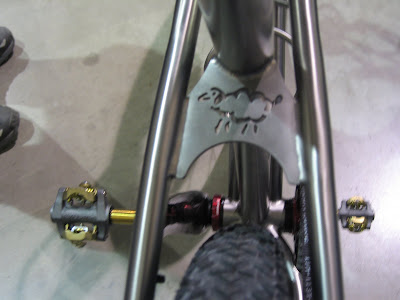 The Boys in Blue over at Giant, “My Sponsor” have been up to Shenanagins over on the west coast. Last week was the Official Launch of the Factory Off-Road Team. A ripping fast group of guys and gals.

Check out what they were up to over at Cycling News.

Vital Mtb has some great pictures of the DH boys taken by Jake.

Kurt Sorge is starring in a new flick. Here is the trailer. I found it over on the Giant site. A good spot to bookmark and come back to for Giant news. Feast your eyes and then try and tell me you dont want to go ride. I Dare Ya!

At the risk of getting too caught up in awesomeness I will leave you with this. 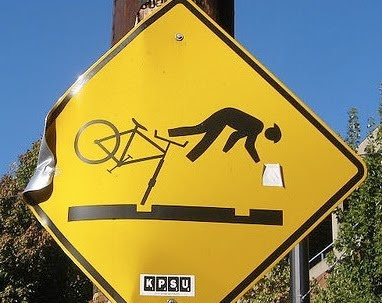 Remember “Rubber Side Down“