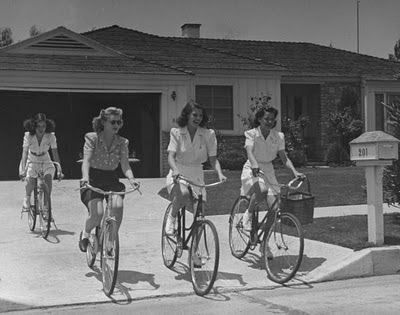 Hope you rode this weekend with some friends.

Looking at the pictures from the Montepaschi Strade Bianche made me long for being back in Italy. Almost exactly one year ago we were riding the longest day in the saddle and of course we got lost on the way to Sienna. But lost in Tuscany is pretty damn cool even if it is chilly and WINDY. Sometimes the best part about being lost is what you find.

We found our way onto the finishing section of the Montepaschi Strade Bianche or L’Eroica. The race is famous for its white dirt roads. That is exactly where we found ourselves. I was happy as a pig in slop. Not only were we on the race course which had been through one week before, but we were riding our road bikes on dirt roads.

I love riding on dirt roads! BBB thinks that road bikes and dirt roads dont mix, but he happens to be wrong. This was one of the times I wished I had a helmet cam. This photographic evidence is going to have to do. 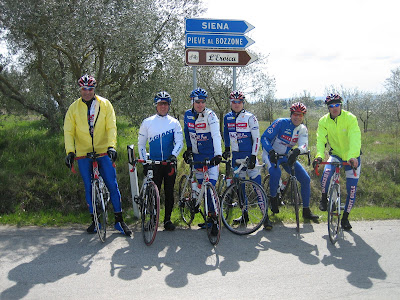 As the title of this suggests I did not set out to talk about bike racing in Italy but to show pic’s from bicycle builders displaying their wares in Richmond Va. So lets get on with it.

First up one of my favorite bikes from the show. Built by Bishop Bikes out of Baltimore. 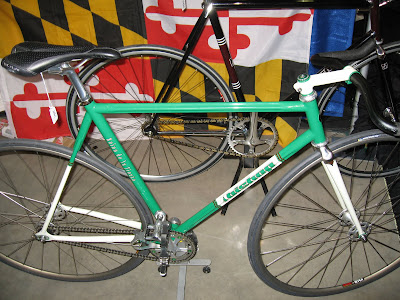 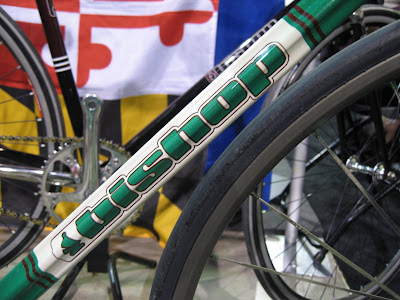 Somehow Chris Bishop got his hands on some Columbus fluted tubing and is using it quite well. He is even making stems out of it. His sense of style with the green pinstriping works for me to. 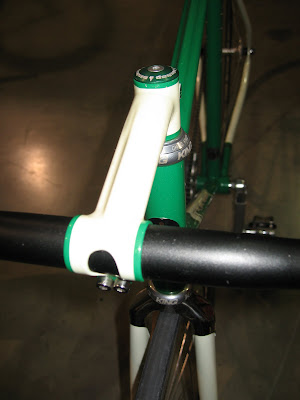 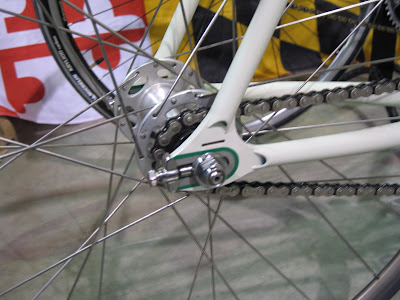 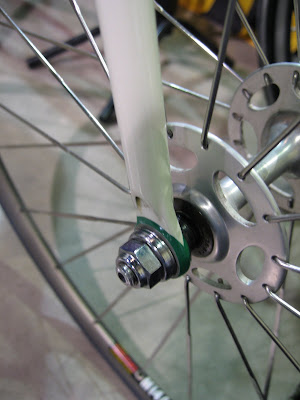 I love the wishbone design. Back in the day when I was working for HH we did a similar thing. We called it the A-bone. Not sure what Chris calls it but its Purty. 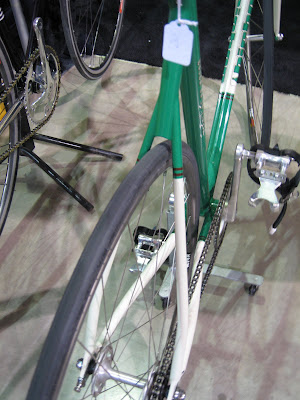 From fluted steel to Bamboo. I am still not sure about a Bamboo bicycle but I am sure I like fish. Goldfish and Koi are among my favorites so this bike from Boo Bicycles spoke to me. 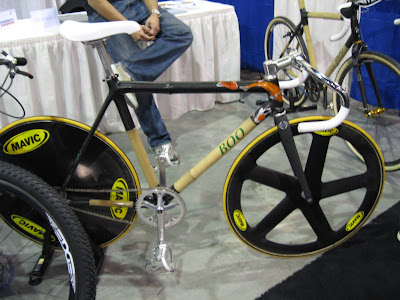 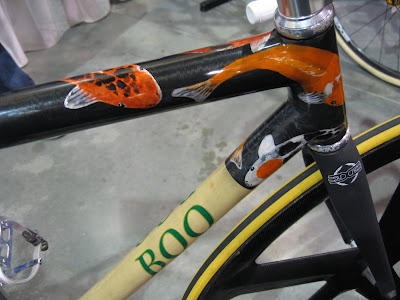 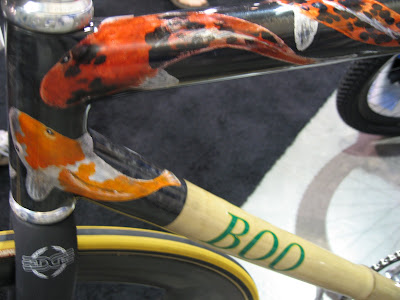 Another bicycle that spoke to me was this from Sylvan Cycles. I dabble in woodworking so I can appreciate the nice work that this builder is doing. Fine woodwork and nice lugwork on the bike. Like the Bamboo bicycle above I am leery of riding such a bicycle. I could be wrong but my first instinct isnt to pull out my wallet. If ever afforded the opportunity to test ride one I would. 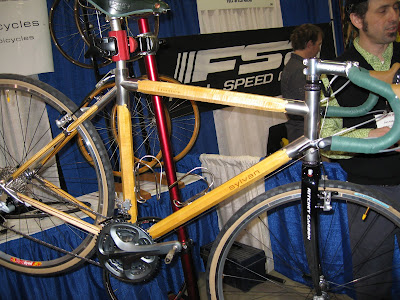 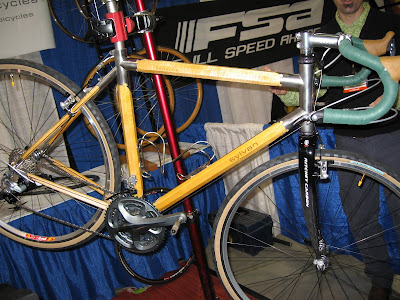 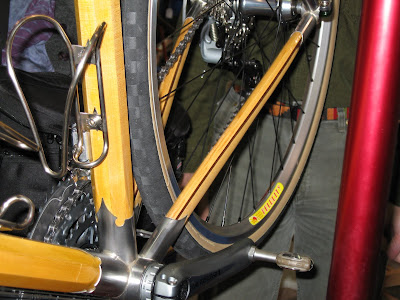 It has been said by someone that this bicycle reminded them of a #2 pencil.

At the risk of you being overwhelmed by awesomeness I will continue with more later.