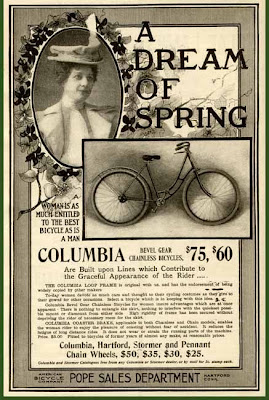 “A Dream of Spring” the Ad says. Man it seems like Spring has flown the coop and we are into Summer. I know this because its hot, and the Philly Race is here this weekend. So even if the calendar says Spring, I say Bull Pucky, it’s Summer starting….. NOW!

Not only is the Philly race this weekend but Saturday the fine Folks from Jorba are having a FEST. 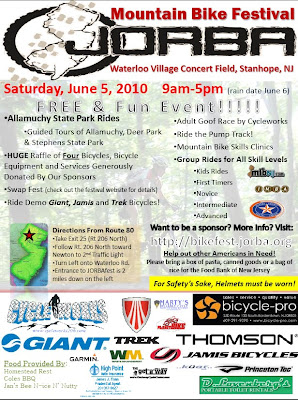 According to the site they will not have a pump track due to a lack of free dirt. Yes I just said that and no matter how many times you read it, the statement will still be true.

Even though this event will be pump trackless, I am still going to go. We will have the fancy pants FULL BLOWN Giant Demo rig there for one and all to come ride a bike.

It is well documented in this here blog that I am a huge proponent of full suspension. The Maestro full suspension tends to make my liver quiver (that’s a good thing). Come toss a leg over one on the rocky trails at Allamuchy and you may end up hucking your old bike in the pond and grabbing for your wallet. Yeah it’s that good. 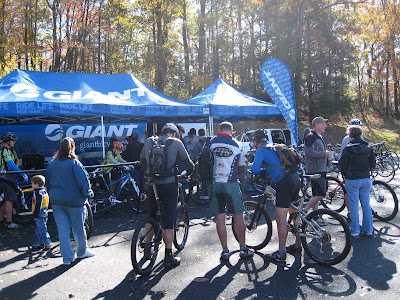 Stop by and harass Dana, Eric the “Demo Guy”, and the Velorambler(Me). We will regale you with tales and put you out on a ride.

From there it will be time to trek several hours down toward the City of Brotherly Love for the TD Bank Philadelphia International Cycling Championship, or as it is also known “The Philly Race” 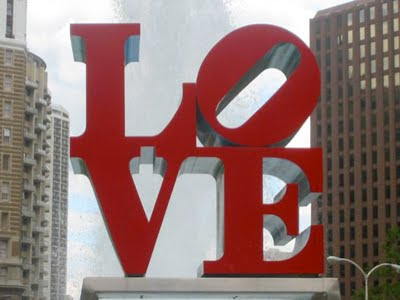 The Annual Craziness that is “The Party on Lemon Hill” will be taking place the next day.

For anyone that has ever setup on Lemon Hill they know the craziness that I speak of. It involves getting up at the butt-crack of dawn, lugging enormous amounts of Stuff, (Food, beverages, tents, tables, chair’s, etc…)getting set up and then waiting for the races to start.

I must say that it is entirely worth it. This is one of the best gatherings of like minded folks that I get to be a part of every year. We laugh, we cry, we tell dirty jokes, we imbibe, babies are made, marriages begin and end, and There happens to be a World-Class bike race happening all at the same time. How cool is that?

The spectacle is likely to look a bit like this…. But probably with more people. This was taken in 08 and it was 100 Degrees, people were melting like those fancy paintings of melted clocks. 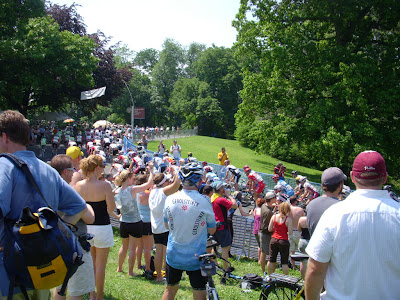 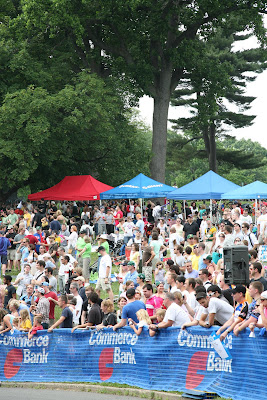 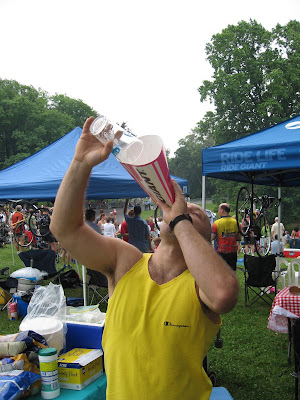 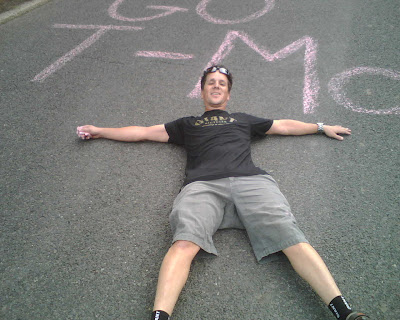 One tragedy of this years addition is that we will not have Richard Fries announcing on Lemon Hill. I was so saddened to hear this that I had to take his picture at Somerville so we could at least see his smiling mug. 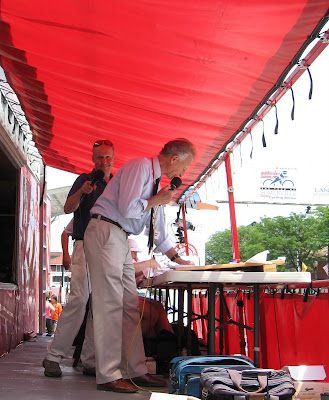 A few years ago Richard and Myself were wandering around the lobby of the race hotel to get on the bus for the Founders ride. Obviously we were misinformed since said bus had literally left the station an hour prior. After feeling Stupid we realized that it wasn’t an altogether unfamiliar feeling and decided to ride anyway. Since I was the “Local” I played tour guide. We rode for about 70-80 miles and I realized that Richard has so much air in his lungs from speaking that he can harness it to turn a pedal pretty quick. Either that or the vise versa, but the point is that Richard’s got game.

I realized on that ride that I’d made a good friend and that once again there was someone else out there that can slap me around on two wheels. Ever since then I have plied him with Food and Beverage on Lemon Hill while he is working trying to fatten him up and slow him down. No such luck this year.

The reason he wont be there is because he is a professional do-gooder and coordinates/promotes the Best Buddies Challenge in Massachusetts. He has to announce some football game with this Tom Brady character. Then the next day is the ride. I’m blasting straight down from Jorba Fest to represent it’s only like 5 more hours for him to do that. Sheesh; Light Weight!

Best of luck to you Richard.

It’s possible that after a few Adult Beverages on Lemon Hill, some hamburgers and hot dogs consumed that the bike race may start to look a bit like this.

It’s gonna be a good long Cycling filled weekend. I like this stuff. As I once said to the man known as Double D “I’m an event guy”

Come visit at one or both of the venues. I may tell great stories on Mondays blog post from the weekend, but I may ignore it all together and talk about my secret passion for Competitieve Rock, Paper, Scissors.

Enjoy your weekend! I will mine!