Cheating and lying is human nature.  Maybe it’s a little white lie, maybe it’s a BIG fat whopper of a lie.  I think we all know a habitual liar who lies just because they possibly cant help themselves.  I hope for your sake your not one of those people.  If you are we see through you.

I woke up this morning to THIS as I am sure that many of you cycling freaks and Geeks did.  Jonathan Chodroff admitted to doping.  On an aside It’s amazing that only cyclingnews.com reported on this as of head off pillow time.  This is all blowback from Joe Papp admitting to distributing drugs and subsequently releasing his list of “clients”.

It appears that the “Liquid Ass” is about to hit the fan with regards to the USADA investigating American athletes and in particular Masters athletes.

The Masters use puzzles me a bit because what are they gaining by doping?  I don’t know a single Masters racer who can make a living racing there bike.  Are the bragging rights and modest prize money worth it?  I don’t think so, but that’s just me.  I rode with two very accomplished Master’s racers yesterday and when the subject came up they were quick to name a few names as to who they thought would be popped.  I would venture to say that they are correct.

Back to Jonathan Chodroff.  I am not condoning cheating or lying.  That said… you know that one lie that you told?  Yeah that one.  The one that eats you up when you think about it.  The one that you wish you could take back or apologize for.  I know I am speaking in broad sweeping generalizations here but I would venture to say we all have at least one of those lurking in our skulls.  Maybe you’ve atoned for it, maybe not.

If confronted with your deceit probably the best way to deal with it is the way Jonathan did.  Flat out admit it.  I’m not saying this is easy.  Hell the easy way would not be in his situation to begin with.  That said he was confronted and when asked about it he manned up.  Should he be suspended? Yes.  Was he wrong? Yes.  But thank you for not drawing this out, making a circus of it and spending valuable time and energy.

Roy Sentjens did essentially the same thing recently.  He initially said “I didn’t do it” then quickly said he did and took his sentence.  The fact that he and Mr. Chodroff were already at the end of their careers does raise eyebrows at least.

Here is something I am going to put out there just for a read and then leave the doping thing alone.  I’m a big enough dope all by myself.  Betsy Andreu has definite opinions and the conviction to stick by them.  I am not going to comment either way but I do like to hear both sides of an argument and her story has never wavered.  One thing I will comment on is that Betsy states and I quote “I am painted as a ‘fat, homely, jealous b*tch.” The sad thing is that it was never questioned – it was the case of, ‘well, Lance said it, so…’ And so what if I’m fat, homely and bitchy? Am I telling the truth? That’s what’s important. Not how fat or ugly I am. I’ll leave the b*tchy part alone”

If that is the definition of Fat and Homely then things are seriously messed up.  That’s a good looking women.  Truly a low blow and she shakes the allegation off with class.  As a side note I don’t personally know Frankie but have had the opportunity to talk with him, ride with him, and do some business with him.  He has never presented himself as anything but genuine and a really good guy. 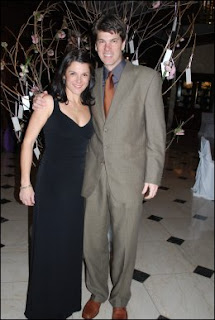 I am in the countdown to Interbike. The annual bicycle industry trade show taking place for the last time in Las Vegas.  I cant say I’ll miss Vegas but even though I am not a huge fan of Sin City it can host a good trade show.  Anaheim in August will be questionable and we will see how it pans out in the long run.
I will try to post up regular through the show.  There are usually good pictures to be had and more than a few stories to be told.  Unfortunately most of those aren’t fit to print.
This is the best time of year to ride in my opinion.  take advantage of it.  I should be training for the Tour de Pink that I will be participating in the weekend after I get back.  A week on my feet in the desert should insure that I will be whooped and find it difficult to sit in the lead group of “Hershey Hammer’s” as I did last year.  I’ll try and hang until I grenade.  This is a perfect segue and shameless plea for funds to help the YSC raise money for women under 40 years old suffering from breast cancer.  If you haven’t donated yet (and I know you haven’t) please click over HERE and consider a small donation.  Every bit helps.

Live Life to it’s fullest this weekend, Grab life by the bar’s, practice random acts of radtacularness, eat, drink, be merry, and countless other sayings that mean Have Fun.