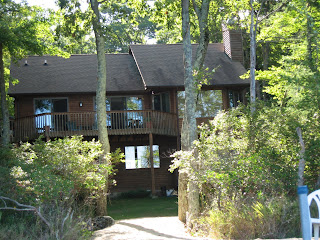 My Cuz’n Sue went and got herself a Mountain house.  She was kind enough to lend it to me and my kin this weekend.  Being an opportunist, I said “Hell Yeah!”  The weekend did not disappoint.  In my new (lazy) style I will let pictures do most of the talking since they do a better job any way.
So welcome to another episode of the 2010 version of the 70’s home movies. 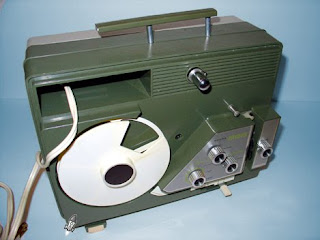 We got there at night and settled in.  We were impressed with the inside of the house.  It had everything we could need and more.  It was really nice but soon enough we were sleeping.
The next morning I woke up and YEAH I knew I was in the right place. 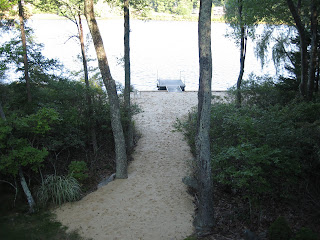 Soon enough that view turned into this one. Those Fred Flintstone feet weren’t ruining the view since I took the opportunity to finish the junk novel I was reading. 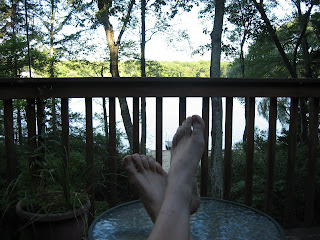 With novel finished the Fred Flintstone feet required a new view so I obliged. 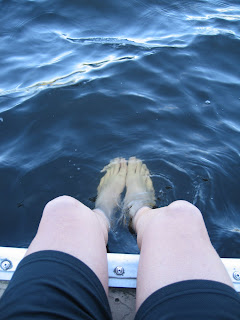 Numerous rounds of Rock Band followed.  I can rip through some Clash and Mountain, but I cant hit Sting’s notes from the Police.
Exploring surrounding’s was in order so we piled into the Spruck and headed out.  Like a moth to a flame the Spruck was drawn to dirt roads.  We found a nice hiking trail and some marshy area’s. 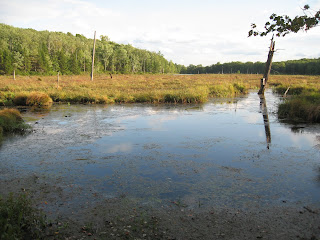 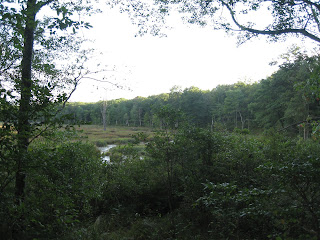 These guys welcomed us back. 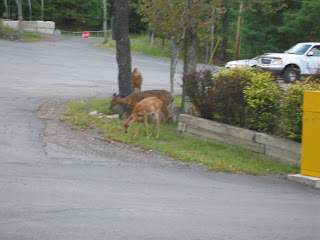 I couldn’t handle all the nothingness so I went for a VERY strenuous ride.
The sunset begged me to SLOW down I was doing WAY to much. I obliged. 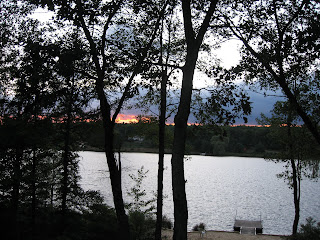 But it forced me walk ALL the way down to the dock and see more. 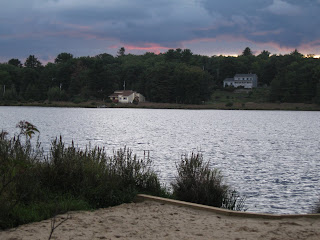 We saw these bad boys in the garage so the second day after much nothingness had occurred we decided to go out. 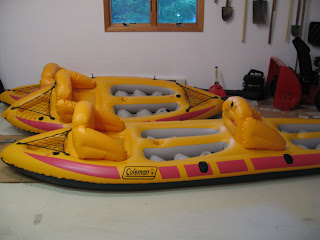 There were many adventures to be had. 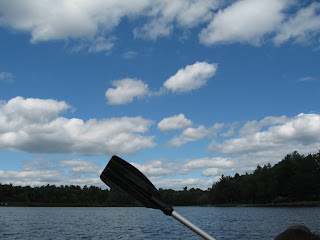 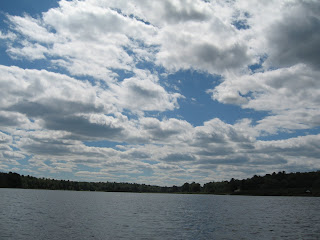 We saw some critters. 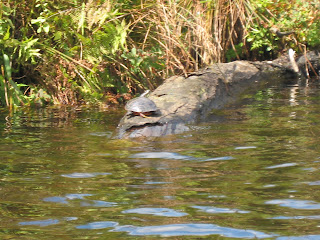 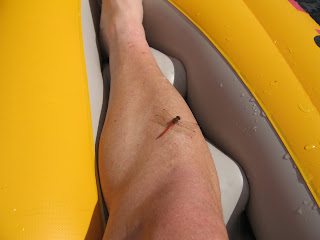 We were forced to get into the Spruck once again when it became urgent and we discovered that there were no Hershey’s bars to make Smore’s. 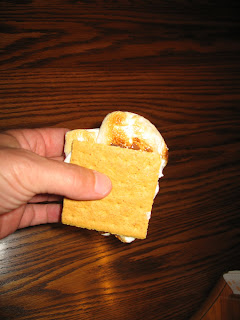 After much sleeping and practicing and repacking we were forced to depart for civilization.  Down the road we saw this.
These guys made sure we safely exited the premises. 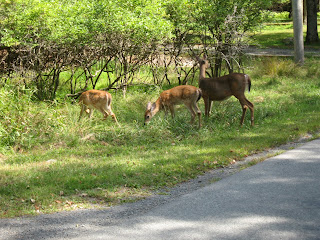