A Century by Foot

A majority of you who read this are cyclists. That’s all good. Generally cyclists look forward to doing a century. 100 miles on the bike. It’s a good goal and something to strive for. I know people feel a great sense of accomplishment when they complete one. Once someone completes a century often times they want to do another one, and then they look toward improving their time.

Now take a look on the left side of this here blog. There is a section for “followers” of this blog. Thank you to all of you. In particular look at the picture on the top left. See that good looking young lady with the cap on. That’s Dana. Dana is going to be doing a century tomorrow.

Big Deal you might say. Well it is a BIG DEAL because she is going to be running it! No, nothing is wrong with your computer screen, and yes you read that correctly. Running a century. Dana you are officially a BAD ASS! Do well, I wont wish you luck because you have the training and attitude to kick this things butt. 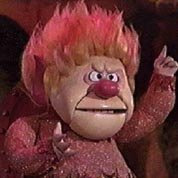 Sheesh running 100 miles. I’m tired typing about that. This is the self proclaimed Heat Miser’s mantra to get her through.

This has been a great week for riding and tour watching. My week off between gigs has allowed me to stack on some miles. This is good because I need some miles in my leg’s to have a prayer of a chance to keep up with my new coworkers for at least a few kilometers.

Phil has not disappointed with Liggettism’s either.

Two good ones from the past few days. As always these are not direct quotes but paraphrasing as the staff at velorambling is refusing to research and dictate these exactly. I’d call them lazy but they scare me a bit. Especially the guy in accounting who stares at me.

First up supplied by Russell

“Did you see that? Those guys just completely blew through that red light.”

Grab life by the bars this weekend. Live it to the fullest and Think positive thoughts for Dana. 100 miles running, man I’m a slacker.