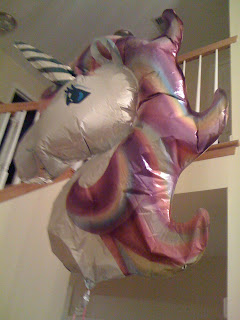 A few years ago I raced, Ok I rode Iron Cross which is really not a Cyclocross race. Fit Chick sums it up pretty well.  I can relate except for the being fast and winning part. 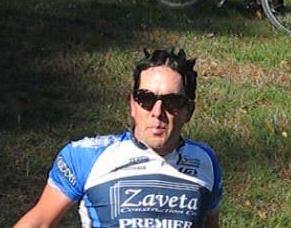 This year I have been plotting an attempt at Cyclocross style pursuits and have been diligently training, for the beer hand-ups at least.

So Wednesday Night I entered my first Cross race in probably 17 years and my first on a real cross bike.  The night started off pretty much like this. 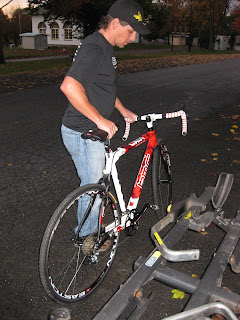 To ensure that I was taking this event as seriously as possible, and to be in the spirit of Halloween it quickly evolved to this. 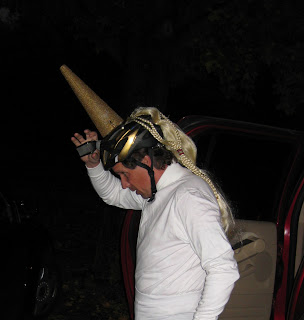 Although I was mistaken for Rapunzel.

I indeed was a Unicorn.  Some people only dream of them but indeed a real live pedaling Unicorn.  Yes I felt and looked ridiculous but what the hell.  I’ve suffered bigger  embarrassments.  Plus I have teenagers it’s my sworn duty to be a complete embarrassment.

I was definitely singled out because really who wants to be the person who gets passed by the Unicorn.  Truebs had the unicorn in his sights and had every intention of thumping up on the single pronged pony.  My inferior conditioning and his chop pass in turn 3 insured that.

I took all precautions to make sure that I was treating this event with the reverence it deserved and took several beer handup’s.  MMMM Beer.

The second race I experienced a “Wardrobe Malfunction” when my tail got stuck in my rear wheel.  The cleanup of the bike required much “Mane” removal.  The stuff was everywhere.  Hopefully there is a happy bird somewhere with a unicorn mane nest. 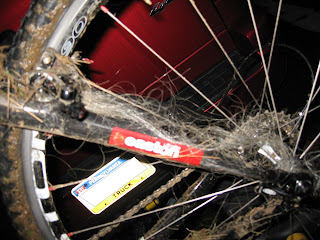 There was a severe lack of costumes with most opting for the Dude in a dress option.  This lack of costumes led to me winning best costume, or biggest jamook, or something.  Regardless I ended up with a big AZZ trophy. 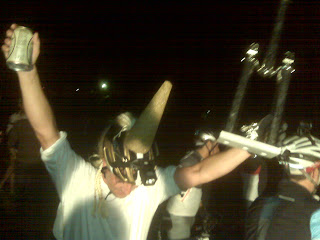 What better way to celebrate than with a Motocross trophy from 1975 commemorating my EPIC (and I don’t use that word lightly) victory at Hotshoe Park in 1975.

To the winner goes the spoils. I also scored a Cane Creek headset.  Maybe this is someones way of telling me I need to buy a bike to build around that headset.  Because “Hey Free Headset” 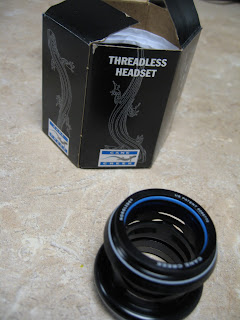 Maybe I’ll squirrel this away until I can save enough pennies to get my very own one of these. 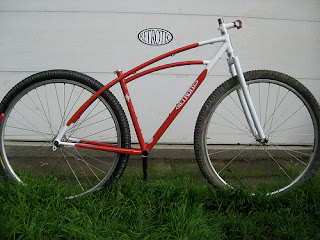 There is a 95% chance that cyclocross style endeavors will be partaken of again on Sunday A.M.  Whether the Unicorn makes another appearance is still up for debate.

Go screaming into the weekend, don’t give a rat’s ass what anyone thinks and enjoy yourself.  As far as I know we only get one trip around this big blue marble.